RECRUITING VIOLATIONS HAVE A CODGER EXEMPTION

Share All sharing options for: RECRUITING VIOLATIONS HAVE A CODGER EXEMPTION 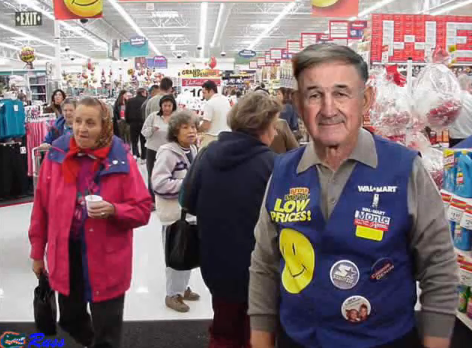 In the Kiffin family casting call, Monte usually gets off easy. Lane is Nelson Biederman the 4th, spoiled, entitled, and headed for some form of prison or downfall; Ed Orgeron is the wacky uncle with a thing for stimulants and marathon taxidermy sessions; and Monte is usually the clean-living, earnest, and just a bit kooky grandpa who closes episodes by saying something like "And I thought the pits were something in peaches!"

Before it goes down the memory hole and over the horizon of things remembered, just note this from the AJC yesterday evening regarding the recruitment of Nickell Robey, current soft commit to Georgia who likely won't attend the school after the departure of Willie Martinez. (UGA fans will take this as an opportunity cost of not having Willie Martinez around.) Robey is looking now, and one contender is USC, who happens to be sending harmless Monte Kiffin out to dote and dodder around, since he's harmless, no?

He’s planning to visit Southern Cal next week. Monte Kiffin has been very persistent. He’s probably been in here more than is legal. Of course they don’t pay attention to the rules."

USC may have hired a good coaching staff, true. They also hired a horrible compliance crew, which will matter as soon as the NCAA shows any ability to serve as an arbiter of practices among its member institutions. It will do that. Keep waiting. Nope. Little longer. Any minute. No seriously. It's coming. Right around the corner. Over there. You don't see it? Stay patient. It's there. Promise. How was your day? Good? Mine? Not bad. Seriously, any second now--