The offseason marks the return of Mustache Wednesday. We kick it off in regal fashion with college football's second finest mustache next to Schnelly's: Idaho coach Robb Akey. 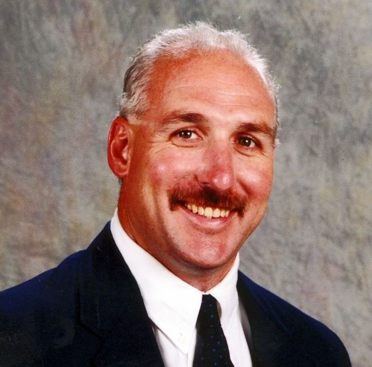 Robb Akey has so many laudable qualities all exemplified by his mustache. He could easily serve as a voice double for Charlie Donovan in Major Leaguei>; he coaches a team named "the Vandals"; he went for two rather than going to overtime in an insane Humanitarian Bowl against Bowling Green because he, being a man of testicularity, consulted his mustache for the decision. The actual dialogue:

Robb Akey is also only 43 years old and looks somewhere around sixty. There are two kinds of men in this world: those that look prematurely aged because they've allowed life to take whole chunks out of their soul, and those who look that way because they've accumulated badass at a rate twice that of the normal man. Robb Akey is clearly in the latter group, and for that we salute him and his magnificent pudenda-saddle.