OTHER NATIONAL TITLES ALABAMA MAY CLAIM

Share All sharing options for: OTHER NATIONAL TITLES ALABAMA MAY CLAIM

The University of Alabama will be playing the Texas Longhorns for what many regard as the "national title" of college football on Thursday night. Because there is no real clear-cut national title in college football, the exact number of Alabama's claimed national titles can be a topic of some discussion. Officially, Alabama claims 12, the exact number of beers in a standard fan carrying case and the third most popular name in Alabama behind "Bear" and "Kickassface."

This claim is disputed by many, including the expansionist school at Alabama who claims titles in 1945, 1966, 1967, and 1977, a move bringing the total potential titles claimed by Alabama to 16. The number can grow even larger with a more liberal inclusion of awards given by the Helms Athletic Association, Zweibel Onion Sporting Polls, The Human Fund, and the Ha'aretz Poll For Football in America.

We're not interested in diminishing the number: in fact, we want to help Alabama fans claim as many national titles as possible, since as SEC honks of the highest degree we are officially turning EDSBS into EVRAH DAY SHOULD BE BAMADAY until Thursday night. (Conference allegiances aside, there is also the 15% ownership state taken by Alabama after the beating in the SEC title game. Lawyers are working on that one.)

Alabama should claim the following as national titles, since all are achievements of championship caliber.

Name one other coach who's fallen backwards at the Cotton Bowl like that and lived? Answer: NONE NATIONAL CHAMPIONSHIP COORDINATION ROLL TIDE.

B. August 1997. Freddie Kitchens attempts the Taco Bell Circuit, a culinary feat consisting of eating one of each item on the menu. Judges observe lack of alimentary canal ripping or distortion, and award Kitchens the first known completion of the feat. NATIONAL GLUTTONY CHAMPIONSHIP ROLL TIDE.

C. 19somethingsomething to present: Most slobbering books written about your football empire. Alabamians have books, sometimes hundreds of them. With the exception of the Bible and a copy of Jeff Foxworthy's "Please Don't Tell Anyone I Have A Degree In Computer Science From Georgia Tech Because They'll Think I'm Gay," most of these will be impassioned odes to the Crimson Tide including long-lost titles as A Father's Tale: Why My Dad Still Forgets My Name But Can Name the Two-Deep From The 1978 Team and Crosseyed and Painless: Leadership Tips from Mike Dubose. Throw in a copy of Dennis Franchione's 7 Secrets For Leadership Done Right Part Two Available For Only An Additional $79.99, and clearly some kind of championship has been earned here. NATIONAL BOOK-LEARNIN' CHAMPIONSHIP ROLL TIDE.

D. Bernie Madoff, National Championship Fraudster. Only attended the school for one year, but in terms of graft and fraud he makes Franchione look like a small-time huckster. NATIONAL FRAUD CHAMPIONSHIP ROLL TIDE.

E. Rece Davis. No specific reason other than Rece's innate awesome. Anyone who hasn't killed Mark May and Lou Holtz with blunt objects after working with them this long while still being one of the few humans on ESPN deserves some kind of national title. WOO RECE DAVIS NATIONAL TITLE ROLL TIDE. 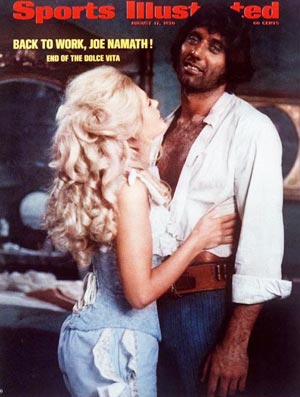