The court that heard Mike Leach's attempted injunction against Texas Tech will, according to Double T Nation's communal open thread, likely rule on the move later. Later means "not now," which seems odd because the game is on January 2nd, it's the 30th, and no one but the most depraved of college football bloggers will be at work in the interim. If the judge would like a ruling, we have determined that Leach is awesome, that we hate authority, and that Texas Tech is totally to blame for all of this. We only hope Leach had the sense to wear the appropriate formal wear to the hearing. 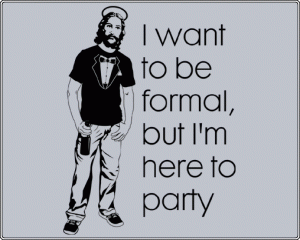 We also do not have pictures of this, but want them very badly:

* It should be noted that Nutt was wearing an all-white Ole Miss track suit at today’s press conference that was pretty awesome in a strange sort of way. He looked like a cross between John Travolta and Speed Racer.

Or like a honky-tonk angel on a mission from God. That's what we think you meant to say.