BALI HAI WILL CALL YOU

Share All sharing options for: BALI HAI WILL CALL YOU

People in their fantasies are at their most creative when bored. Boredom begets grandiosity, the kind that gets you into trouble when the dreams become responsibilities, when the family of your dreams won't let you sleep at 3 in the morning, when the film you wanted to make becomes a bogged-down fiasco millions over budget and in danger of implosion, when the lover you would have killed for becomes the person asking you, another normal person who hates doing tedious things, to take the trash out because it stinks.

Under pressure, however, creativity takes a backseat to the same things all monkey brains want: peace, a warm place to be, familiar faces, an occasional tasty pellet sent rolling down the food chute.

Fatigue beats fantasy into one uniform sheet of alloyed comfort with meager expectations. Go without sleep for a few days, and any of this becomes readily apparent; all your brain will crave is a bed, a clean, soft bed that will take you directly to oblivion with no questions asked, no demands made. If you're particularly ambitious, you might think about how nice it would be to wake up to the smell of coffee (and bacon, but there's no way in hell you're cooking it.) 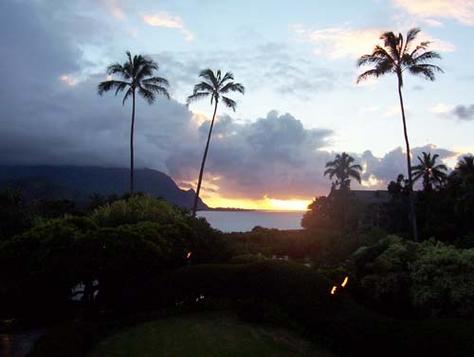 For the long-term version of this fatigue, there is uniformity, too. There's usually a beach, and some kind of island, and some kind of adulterated Margaritaville. (You know, Margaritaville: mellow, but not smooth, and kind of shitty.) It has evolved over time. For those returning from World War Two, it came in the form of Tiki Bars built into basements, glorified simulacrums of bar fantasies from a tour in the South Pacific. For my parents, it was in the form of Buffett. For Gen X'ers it came in the form of all-night raves at Ko Phi Phi. The tropical fantastic is a universal for Americans in distress, locked at desks they know they barter time for dollars at daily. It's a cliche because it is true: under a thousand fluorescent lights, weary eyes dream of an endless sunshine.

Few ever get their piece of Bali Hai. That's why Annette Bening plays it in American Beauty. That is why poor Captain Borodin (Sam Neill) in Hunt For Red October, trapped in a smokey Russian sub hundreds of feet beneath the surface of the freezing North Atlantic, dreams of seeing Montana. It is why a sickly Kafka in his journals wrote about nothing more than the desire to be a fantastic vision of an American Indian--because that was precisely what he would never ever have, holed up in a tiny Prague apartment, freezing and tubercular. Paradise is sometimes wherever you're not, but most especially when the body and mind have been flattened to a depleted pancake of uselessness by life. 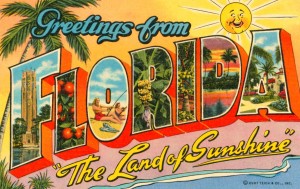 Urban Meyer's body after 24 years in coaching is shot. He is quitting a job he could not have done any better by the standards of his peers, and with only the criticism of being too lenient on his players when it came to off-the-field discipline as a serious quibble with his performance. That criticism is a subjective one. His on-field achievements are not: 56-10 as Florida, with two BCS Titles, two SEC titles, and the end product of program done right by its coach.

He was paid obscene amounts of money to do his job. He was worth those dollars to the penny, and possibly more. You pointed the dog in a direction and said kill; when he finished, there were bodies everywhere and a spent animal left panting in the middle. When that dog lost, it wasn't pretty.

Even his father, Bud, did not know until a phone call on Saturday night. Bud Meyer said his son had to choose his family.

"He just doesn’t take losing very well," Bud Meyer said. "He feels he has an obligation to raise his family. He takes it extremely hard. That’s what happens."

He was never particularly human in a public manner. This steely facade makes the frailty of this moment all the more jarring. He cried after losing, sure, but after wins he grimly nodded and gravely insisted the teams could improve. When he held the BCS trophy aloft in 2006, he appeared to be baring his teeth in an imitation of what humans do when they are happy. Happiness fit him as well as the cavernous leather jacket reading "FLORIDA: NATIONAL CHAMPIONS" on the back. Meyer smiling looked as natural as a hyena tapdancing. It was in no way his natural mode of being. 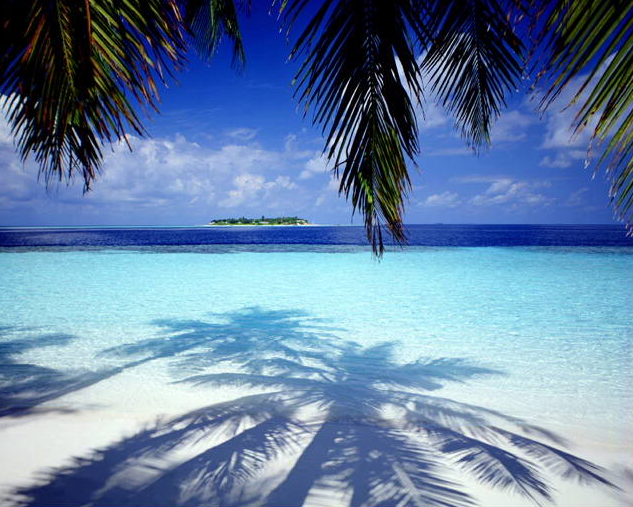 Meyer did let out, though, that he was a Buffett fan, meaning a few things. One, it means that Urban Meyer's taste in music is as shitty as you would imagine a hyperfocused football coach's taste in music being. Two, it means that Urban Meyer, too, nursed the fantasy of the tropical fantastic. When circumstances made him choose between his health and his job, he took his family and money in the bank, and that when he did, some small part of his brain turned up the beach music, and commenced with New Life Gameplan, Week One.

It was not that easy for Meyer, of course, or for Florida, or for anyone who followed the program with a shred of affection or interest. That is shorthand for what will happen over the next few months, when Florida gets a new coach, when Meyer opens up about just how ravaged he is by doing the job whose potential he exhausted, and that in turn exhausted him. When we begin the new, and go through whatever comes next--the screaming, the ambiguity, the anxiety of whatever the next coach, the next team, and the next season will bring and the medications we will have to inject directly into our eyeballs to cope--we'll forget how hard this had to be for a guy who torched himself in the fire of his own ambitions, but who stopped short of complete self-immolation when his body balked at last.

If he's lucky, he'll forget, too. In his five years in Gainesville he was as good as any coach in history, but if he's done, it's Bali Hai time for him. Not many people get the opportunity to get their own slice of the tropical fantastic with time left on the clock, money in the bank, and their kids still in the house. This could be any one of a thousand sinister scenarios: the NCAA waiting with a hammer outside the doors, Ohio State and the Vatican orchestrating a five year secret plan to succeed Tressel at Ohio State, or Dan Snyder's most insane gambit in his endless quest to end football success at Florida, or [insert your own deluded fantasy here.]

It also might be a man hitting the wall with the throttle wide open:

If there was a hallmark to Meyer’s coaching style, both on and off the field, it was his relentlessness. He said he found himself e-mailing recruits in church. He said that his 16-year-old daughter had told him that she had not felt like she talked to him in the past two years. In a 10-day period around the SEC title game Meyer said that he had lost 20 pounds.

Jimmy Johnson did the same thing, and spent a year on Islamorada shoeless. This ranks as one of the greatest retirement plans ever conceived of by humanity, and is further proof of one of life's eternal truths: Jimmy Johnson makes no mistakes in this life. Like Johnson, Meyer will probably coach again after getting bored, healthy, and a bit more attuned to not feeding himself into the fearsome machines he likes to build. He might be the same, he might not, but he will come back.

In the meantime, we hope he spends some time without shoes familiarizing himself with the wonders of daytime television, of golf, of all of the things he has the money and time to investigate now. He owes Florida nothing after giving all, and can marinate in his own personal slice of Bali H'ai for now. For Florida fans, we can only be thankful for the time we got to spend in the islands, and make indefinite plans to visit them again in the future. 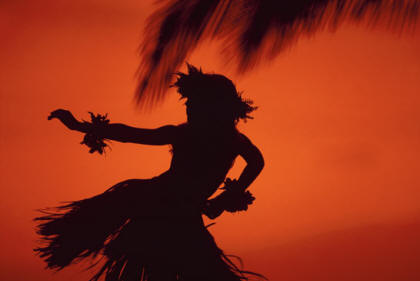