In a shocking turn of events, someone actually did write a Little Caesar's Bowl preview for you today. Doug, a native of Birmingham, home of the Papa John's.com Bowl, offers his extremely unbiased viewpoint on the day's most unusual bowl. 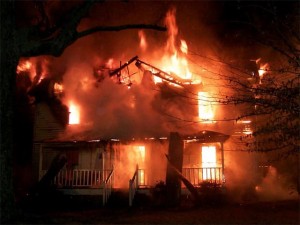 Wow. The Little Caesar's Pizza Bowl? Seriously? That's real fucking original, Detroit. I mean, my former hometown of Birmingham has had the Papajohns.com Bowl for going on four years now, but hey, I'm sure yours is good too. Different strokes for different folks, right? Some people like delicious garlic-butter dipping sauce or a growing Sun Belt metropolis rich in Southern heritage, other people prefer the sixth-highest violent-crime rate in the country. They like the excitement, I guess. Well, let's give this bowl a look.

Detroit is served by three major interstates (75, 94, and 96) running right through the central part of the metro area. Hey, that's great, the same number as Birmingham. Detroit Metropolitan Wayne County Airport is also a major hub for Northwest Airlines -- excuse me, was, as Northwest has been swallowed up by Delta, so it might be kind of dicey buying tickets with them. I mean, you never know.

You're probably better off flying Southwest, which has direct service to Detroit from seven major U.S. cities. You can fly Southwest from 13 different cities to Birmingham, but I'm sure Detroit's airport is just as good, even though it's located like a half hour outside of the city center (and that's on a good day), so be prepared for a long cab ride is all I'm saying. 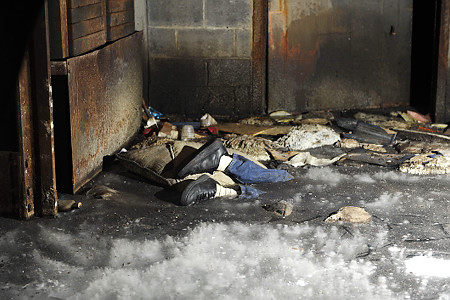 Since you probably don't want to have to deal with that long cab ride downtown, you'll probably just want to stay at a place near the airport. There's a Westin, a Hilton Garden Inn, and an Embassy Suites right across Detroit Industrial Expressway from the airport, all of which offer expansive views of one of the upper Great Lakes region's most vital trucking arteries. You could stay downtown, I guess, but see then you'd be dealing with the crack and the murdering and all that. And since there aren't really any good historic old hotels to stay in -- I'm thinking something along the lines of the Tutwiler or the Redmont Hotel in downtown Birmingham, you know, just as a point of comparison -- you're probably better off staying on the outskirts of town anyway.

The Little Caesar's Pizza Bowl is proud to feature two teams with winning records from BCS conf -- oh, wait, sorry, I'm thinking of the Papajohns.com Bowl again, which features South Carolina and Connecticut this year. It just gets kind of confusing, you know, with all the different bowls named after pizza and whatnot. But it doesn't matter, as I'm sure Ohio and Marshall will be just as exciting. Ohio almost won the Mid-American Conference title, you know -- they lost to Central Michigan, and the champion usually goes to the Motor City (dang! sorry! Little Caesar's Pizza Bowl), but CMU had already been like three out of the last four years and I guess they didn't want to go anymore. As for Marshall, they only lost to Virginia Tech by five or six touchdowns and came within an eyelash -- a somewhat unusually large, 31-point eyelash -- of upsetting UTEP on the road. Well, not "upset," UTEP was 4-8 this year, but you know what I mean. 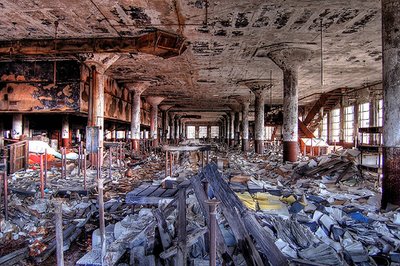 Who knows, a few more points for Marshall and they might not have fired their coach. (Come on, I'm not being catty here. UConn very nearly ended up in the same position, as Randy Edsall was rumored to be in the running for the Notre Dame job. So it's not like I don't sympathize -- fired vs. considered for one of the highest-profile jobs in the country? In practical terms there's hardly any difference.)

Where to eat and drink

I'll be honest, I don't know much about dining or nightlife in Detroit, since the last time I was there, the central part of town looked so vacant and foreboding that we ended up driving all the way out to St. Clair Shores to eat a meal. I'll tell you something, when I got back to Birmingham, it felt really good to be able to walk right around the block and have a nice ProvenÁal French meal at Chez Fon Fon or Highlands, or stroll just a little ways up the street and enjoy the good food and wide selection of fine Belgian microbrews at the J. Clyde. 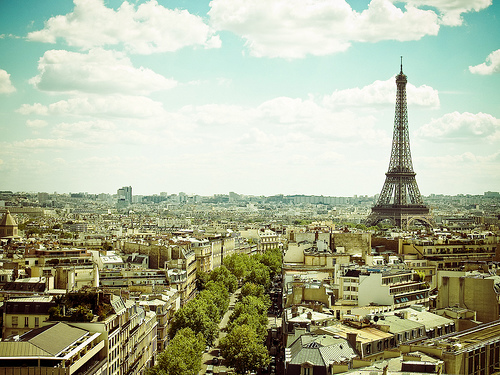 Birmingham in the spring.

I'm sure the fans who make their way to Birmingham for the Papajohns.com Bowl will be overwhelmed by the number of interesting and varied dining choices they have. Detroit -- like I said, who knows, but I'm sure the Bobcat and Thundering Herd fans will find something. Assuming they go at all, of course, what with the murder and the crack and the rape and all that kind of thing.

Ohio was the runner up for the MAC title this year; Marshall's signature win was probably a one-score victory over Bowling Green, plus they're being led by an interim coach besides. I don't see this as being much of a contest, and by the time it's over with you'll probably be itching for the name-brand talent and hard-hitting defensive play of the Papajohns.com Bowl, 2 p.m. Eastern/1 p.m. Central, Saturday, January 2 on ESPN.

What's that, Detroit? Oh, very good, Sherlock, I see you caught my intended meaning there, which is that your bowl sucks. Jesus tap-dancing Christ, a city that's spent damn near a half century wallowing in the violence of the civil rights era and the collapse of the American steel industry, we finally get things turned around a little and we want to have one nice thing -- one nice little bowl, a fucking bowl named after a goddamn pizza Web site. Something to make us stand out, to make us just a little different, and you couldn't let us have that, could you? You just had to go and take it from us, I guess because you felt like you deserved it. Hey, I know things suck for y'all right now, but guess what? Birmingham didn't destroy your economy. Birmingham didn't spend the last thirty years building gigantic chrome-plated shitboxes that fell apart after 50,000 miles and singlehandedly turned over market dominance to the Japanese. So why take it out on us? Why, you sons of bitches, why would you do this? At long last, have you no decency? We've asked for so little. WHY WON'T YOU LET US HAVE NICE (or even semi-nice) THINGS?!?!