By percentages, you don't have a dog in the fight in the Michigan/Ohio State game, but no one leans on the rape stand and watches a bitter contest like this with the aloof demeanor of a neutral bystander. You get in there, but up into the crowd, and sidle up to the edge of the ring and throw some ducats on the hound of your choice. Like many dogfights, the Ohio State/Michigan game could be broken up in a flurry of tear gas and jogging policemen, so pick lively and be on your toes for the kickoff tomorrow with our handy guide 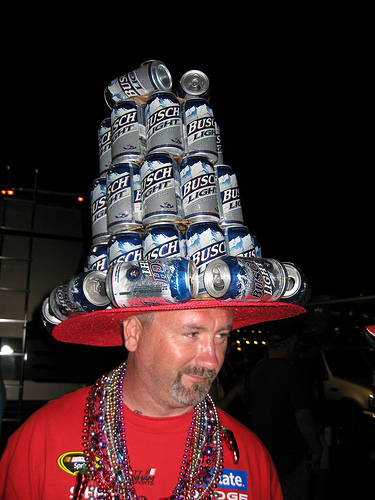 IF: Bell's Beer: THEN: Michigan.The craft beer thing was coming here and you knew it, but for posterity's sake let's get it right and say that like good beer snobs, Michiganders go local and pimp local brands like Bell's Brewery.

IF: Morrissey/Smiths: THEN: Michigan. That joke isn't funny anymore, especially if it involves losing a sixth straight game to Ohio State.

IF: Nickelback: THEN: Ohio State. It's less a specific prescription than an overall vibe. Arena rock never died, it just moved to Ohio, where it still sells like flyswatters in a refugee camp. Deny it if you like, but Nickelback will get the blood pumping, especially their live stuff. We're especially fond of this one.

"It's easy to cry when you realize that everyone you love will reject you or die."

Well, it’s a tough world, Eric, and people don’t always get what they want. Especially you.

IF:"Thesis: The 1950s were a simmering cauldron of social change, an underexamined pressure cooker of cultural tension, political realignment, and economic expansion whose momentum was not merely a factor in the great upheaval of the 1960s, but a continuation of it. In this paper we will examine these changes as reflected in the music of Bob Seger, whose own compositions reflect this dichotomous sense/memory of the two decades: one held sacrosanct in the common memory for its alleged innocence (see "Night Moves" or "Down on Main Street,"), and another lauded for its freewheeling excesses and exotic leanings (see "Kathmandu.") Through the eyes of one of America's most neglected cultural icons, we will illustrate how music can form a tight emotional bond between a historical era and even the most inaccurate representations of its realities (and, indeed, its falsehoods.)

The reason you have a goatee.

IF: "That's an odd question...because it does give off a certain "don't touch me" vibe, and because the beard isn't growing in so well, and the goatee--prior to its appropriation by the middle classes as a sign of rebellion in the late 1980s and its subsequent slide into its current status as the mustache of the 2000s (not to be confused with the ironic mustache of the 2000s--what was I saying? Oh, my girlfriend likes it, and it gives me something to stroke when I'm thinking, that's all. That's the simple answer."