DOLLAR BILL DOUG SAYS THREE WINS IS BETTER THAN NONE

Share All sharing options for: DOLLAR BILL DOUG SAYS THREE WINS IS BETTER THAN NONE

Dollar Bill Doug comes off going Full Costanza with his best results of the year last week, and hopes to continue the hotness into a late season streak bringing him closer to .500. Or .300. Or...he's building towards next year, people, and it's important to get some game experience under his belt is what we're saying. Enjoy.

RISK LEVEL 1: Watching the "awesometits.wmv" video your friend sent you on your work computer
Stanford -7.5 vs. California, 7:30 p.m.

What do you know: Turns out going full Costanza actually worked pretty well last week. OK, it didn't work perfectly, but 3-2 still beats the 0-5s I was routinely putting up when I was going with my gut. (Stupid gut -- it's the one who told me AIG was "too big to fail" and that the guy who offered to sell me weed in a Vegas airport bathroom totally wasn't a cop.) This week my gut's been hinting that Stanford can't possibly have a whole lot left in the tank after steamrolling Oregon and USC to the tune of 106 total points in back-to-back weeks, but if a major letdown was such a big risk for these guys, they probably would've lost to USC to begin with; as long as they've got Toby Gerhart (might some Heisman love be in line for this gentleman? Hello? Is this thing on?), they've got juice to spare. Maybe the one we should be asking those questions about is Cal -- sure, they managed to come from behind to beat Arizona last week, but back-to-back big-game wins haven't exactly been the forte of recent editions of the TedfordBot. (Don't worry, though -- when TedfordBot Vista comes out next year, all those problems will be solved. Really. We promise.)

RISK LEVEL 2: Peeing in front of a bunch of Georgia fans

Following a world-class reaming from DEX-TAH MAH-CLUS-TAH and the Rebels, Tennessee returns home this weekend to lick their wounds, check in with their probation officers, and swat away a team who's beaten them only once in their last 26 tries.

Initial instinct was to say Tennessee's defense was too banged-up to make a 16-point win a good bet, but then I remembered that only applies if the opponent has an offense, and Vandy doesn't (100th or worse in every single major offensive category). The one thing Vandy has been able to do consistently this season is defend the pass, which means we could see the return of Bad Jonathan Crompton this week, but that's only if Kiffin is dumb enough to put the game in his hands in the first place. Otherwise, he'll simply wind up Montario Hardesty and Bryce Brown and send them at the SEC's worst run defense (just a smidge under 200 yards allowed per game), in which case a 16-point drubbing becomes that much more likely. Not much you can do about it, Vandy fans -- just lie back and think of Nashville, and stay away from the Pilot stations while you're at it. 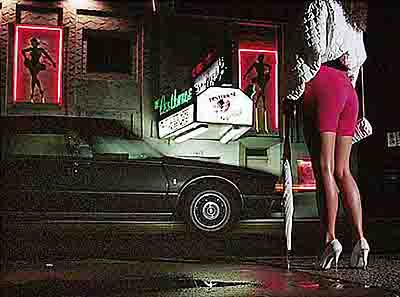 Those tapping their feet and waiting for Dabo Swinney to continue Tommy Bowden's tradition of late-season collapses have pretty much run out of time -- the Tigers are riding a five-game winning streak and have already clinched the Atlantic Division's berth in the ACC title game. So with the hard part done and Virginia's WTF upset mojo apparently spent (they've lost four in a row, by an average of 19 points), there's no reason to think Clemson won't cap off their sterling ACC run with a beatdown in Death Valley. Virginia's 86th-ranked run defense doesn't have much hope of stopping C.J. Spiller, not when he's got Heisman voters to impress, and even if they do, Clemson won't need all that many points to cover the spread against a team that's only scored four offensive touchdowns in its last five games (and got one of those on a 2-yard drive at the very end of the game against Maryland). Really, the riskier bet is how long after this game UVA finally puts Al Groh out of his misery; I'm putting the over/under at three days.

RISK LEVEL 4: Going for it on fourth-and-2 from your own 28 with a six-point lead over the Indianapolis Colts
LSU straight up at Ole Miss, 3:30 p.m.

I've gone back and forth on this one, but I'm deviating from the formula on this one and sticking with my initial gut feeling (hence the elevated risk level; proceed at your own peril) -- Tigers in a straight upset in Oxford, for the simple reason that we've yet to see Houston Nutt win consecutive meaningful games this season. Actually, there are other reasons; for one, Dexter McCluster isn't going to have as easy a time ripping the LSU linebackers as he did Tennessee's ailing corps, and the Tigers get Jordan Jefferson back from the ankle injury that kept him out of the Louisiana Tech game. Jefferson has been a satisfactory as opposed to great passer this year, but he's managed to keep the ball out of opposing DBs' hands (with a 12:4 TD:INT ratio so far); the Rebel defense has been superb at containing QBs yardage-wise, but have only picked off seven passes all year and are languishing in the bottom half of DI-A in terms of efficiency. If Dexter McCluster goes wild again or if Jefferson's ankle gets re-injured and Jarrett Lee gets brought in, all bets are off, but otherwise I'll stick with my initial read, thanks.

RISK LEVEL 5: Cutting in front of Mark Mangino in line at KFC 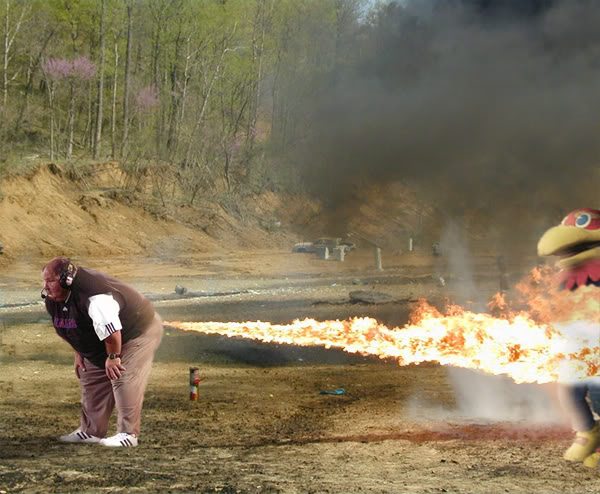 Three more games for the Broncos, three more opportunities to prove they belong in a BCS bowl, three more near-certain victories. But that doesn't mean they can't get chased a little in the process, and that's been a surprisingly frequent occurrence for them when they've played on the road (Fresno State trailed them by only seven into the fourth quarter; turned in a so-so offensive performance at Tulsa and only won by a TD; had to withstand a furious comeback attempt from Louisiana Tech). Utah State is no more of an upset risk than their 3-7 record would suggest, but they do know how to score some points, and that could be enough to keep this game out of massive-blowout territory, particularly if BSU is looking ahead to next Friday's de facto WAC title game against Nevada. I'll return to the Costanza strategy here and go against my initial instinct to take Boise and the juice.