Dollar Bill Doug begs your forgiveness this week for subjecting you to the annus horribilus he's going through on the punting front, and responds by going full Costanza on you this week. Enjoy.

RISK LEVEL 1: Opening an e-mail with the subject line "Hey look at this" 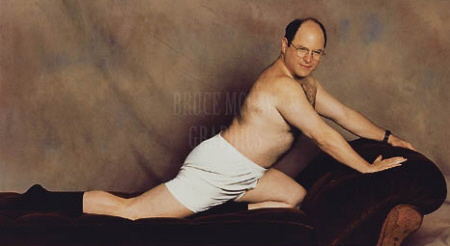 If nothing else is working...go full Costanza.

First of all, let me say that y'all are a more forgiving commenting community than I could've ever dreamed. My picks have been absolutely horrendous so far this season, but y'all have mostly refrained from ripping me the new asshole I so richly deserve. There's no beating around the bush, though -- I've gone 0-5 two straight weeks and it's time to shake things up. So this week I'm picking the opposite of my first instinct for all five games. And since my first instinct was to wonder how in the holy hell Georgia's sputtering offense is supposed to cover five points on an Auburn team that appears to have put its three-game schnide behind it, I am forced to assume that the oddsmakers know something I don't and that Georgia is about to post a big win. That something might be Georgia's running game, which at long last appears to be getting into a groove and is poised to rip through Auburn's 93rd-ranked rush defense. Or maybe the guys in Vegas think Chris Todd's recent resurgence is a mirage (only 12 completions against Ole Miss, even though they were long; run-'em-up numbers against a lousy Furman team). Either way, though, my abiding belief in an Auburn upset should be all the convincing you need to bet the house on the Dawgs. See how this works? It's easy!

RISK LEVEL 2: Double-fisting tequila and scotch whisky at your 30th birthday party (not that I, uh, know anything about that)

Ole Miss as a favorite is another one I'm not ashamed to admit I don't get.

Jevan Snead gets well against a three-game suckfecta of the pass defenses of UAB, Arkansas, and Northern Arizona (dropping one to Auburn somewhere in there, of course), and all of a sudden we're supposed to believe he's going to get it done against Monte's Marauders? Here's the thing, though: As murderous as Eric Berry and Janzen Jackson have been, the seven guys in front of them are as banged-up as any defense in DI-A, and after heroic efforts against Alabama, South Carolina, and Memphis in consecutive weeks, it's legitimate to wonder whether they'll have enough left in the tank to go on the road and stop Dexter McCluster. On the other side of the ball, Jonathan Crompton has looked bizarrely awesome over the last few weeks and is due for a bad day against the Rebels' top-15 scoring defense. A few weeks ago, I openly mocked the idea that Ole Miss was going to cover six on what looked like a surging Arkansas team and got played; this week it's the Vols that look like they're on the move, but maybe, just maybe, Houston Nutt knows what he's doing at this point.

RISK LEVEL 3: Taking Cialis if you take nitrates, often prescribed for chest pain, as this may cause a sudden, unsafe drop in blood pressure 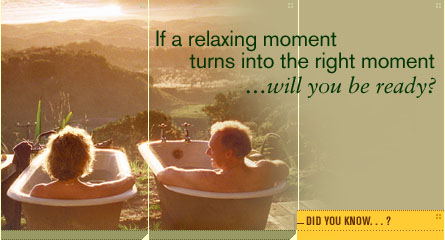 Knee-jerk reaction to this game: "Both of these teams have elite defenses and offenses that can't get out of their own way, which means this is going to be a defensive trench battle and the Buckeyes stand about as much chance of scoring 17 points period as I do of scoring with Mila Kunis." 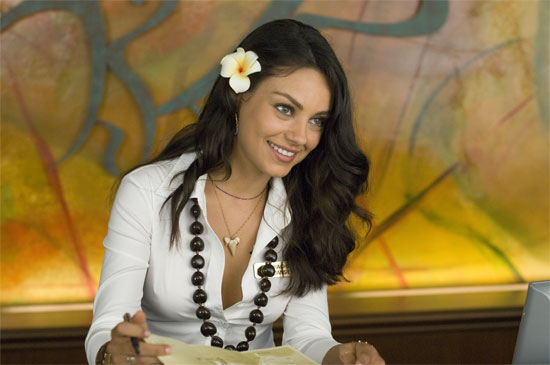 No, Mr. Gillett. And security is on its way.

Last Saturday's action, however, tells a slightly different story. Ohio State actually had a pretty efficient day on offense, with Terrelle Pryor accounting for three TDs and -- shazam! -- no turnovers; Iowa's offense, meanwhile, died the death of Nicolas Cage in "Leaving Las Vegas" the minute Ricky Stanzi got knocked out with an ankle injury; in nearly three quarters' worth of action following that injury, they totaled 127 yards, two turnovers, and a missed field goal. And this was against a defense that got shelled by Syracuse. So yes, Virginia, Ohio State can win this game by three scores -- they did it last week in State College, after all -- and after they do, the only thing left to focus on will be driving Rich Rodriguez one step closer to retirement. (Or a padded room.)

RISK LEVEL 4: Attempting to leave the Church of Scientology 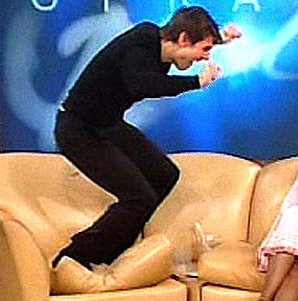 Earlier this week I did a post for Dr. Saturday about Clemson's ascent to the top of the ACC's Atlantic Division and how the burden of being a favorite has been the program's kiss of death in recent years. If recent history is any guide, then, the Tigers' upset alert should be at DEFCON 1 this weekend. But Tommy Bowden is no longer around to trip over his own shoelaces in big games -- and the Tigers' opponent this weekend is North Carolina State, who's allowed an average of 44 points to its last four opponents, a group that includes such scoreboard-ignitin' juggernauts as Duke, Boston College, and Maryland. (Or to look at it another way: Clemson gave up only 54 net yards to Boston College earlier this year; State generously allowed 480.) The only thing keeping Clemson from romping here is its lingering irritable-bowel syndrome that always seems to pop up in big games; if Dabo Swinney truly has worked some kind of magic on the Tigers' psyche, C.J. Spiller figures to romp in Raleigh and power his team to a big win. And Clemson can save the embarrassing upset for next week, when Al Groh will be raging away at his VCR for having failed to tape "NCIS" and looking to take his frustrations out on somebody. 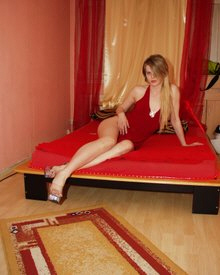 Air Force is a triple-option team; UNLV has the nation's 111th-ranked run defense. So this game is a slam-dunk, right? Not necessarily; the Falcons have a road game against ranked BYU to look ahead to next week, while the Runnin' Rebs are a "desperate" team who knows they have to win their final two games to earn bowl eligibility and, potentially, save their coach's job. Air Force has only beaten one of its last six opponents by 17 or more points and was held below 20 points in three of those, so while the chance is a slim one, UNLV could make a game of this if they're firing on all cylinders. (They may only have four cylinders to begin with, but even a Ford Focus can hold its own in a drag race if properly modified.)