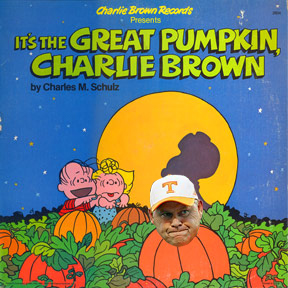 Orson. I know the movie title for this one. BURNT OFFERINGS 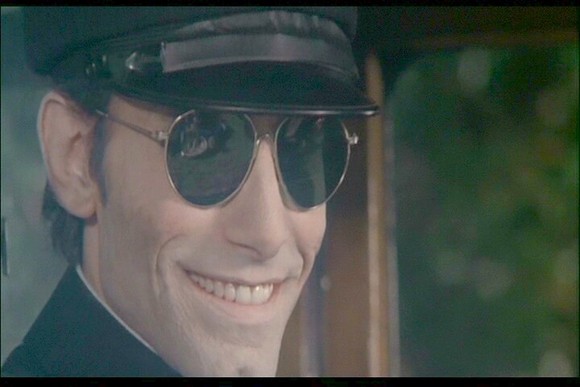 Dragging the coffin upstairs for you, Coach Chizik.

Holly : I take that to mean you're picking Giggity. I like their pass defense now that Chris Todd has returned to performing like a Chris Todd-like substance.

Orson: Auburn could survive one phase of their game struggling, but the defense has now begun to unravel, too. Dragging a coffin up the stairs is looking ahead to Furman to get bowl eligible.

Holly: I hadn't actually noticed until just now that they're on a three-game L streak. Who the hell's teaching those kids to chop-block? (BECAUSE THEY DO THAT A LOT, DID YOU KNOW.) Up next: Candy corn pick: Mizzou at Colorado! Delicious or disgusting?

Orson: Candy corn is delicious in the proper serving size, which is exactly one small, 4 oz packet. Any more and you're just shitting oversweetened marzipan for the next week, and apt metaphor for the Dan Hawkins Experience thus far at Colorado.

Holly: I like Young Monsieur Gabbert to nibble the delicious yellow ends off the Colorado secondary. (WHAT?)

Orson: I will riverside you here and take Colorado, because nothing makes sense in the Big 12 North at all, and because believe it or not, Colorado actually has a win in the Big 12, unlike winless Mizzou.

Orson: I have Florida in a spooky, haunting replay of the 2006 game where we won 14-7. THE GHOST OF JOE TERESHINKI HAUNTS THE SIDELINES THIS WEEKEND. Deny the similarities at your own risk.

Orson: Ghost Dog, if you will. The Ninja that Fails.

Holly: I have a sinking feeling this one will be atrocious to watch, and yet watch we shall, because there's fuck-all else on at 3:30. Except Miami at Wake, which should by all rights be a HOUSE OF HORRORS. One of those churchy haunted houses with dead single mothers lying around.

Orson: You're mistaken, though like a Fred Phelps Haunted House Miami fans, too, are fond of homophobic slurs. They're playing Pitt this week. Can't anyone see what they've done here? CAN'T ANYONE SEEEEEE? 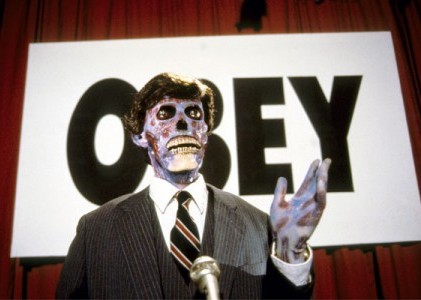 There was no Miami/Wake game. OBEY.

Holly: They Live scares the bejesus out of me, for the record, more than any other scary movie in the history of ever. Except maybe The Orphanage. If you mashed up the skull-faced aliens with little kids in burlap sacks and committed it to celluloid, I would never come out from under the bed.

Orson: I'm a Shining guy myself, but that's because I'm terrified of Shelley Duvall. In anything. To the Winchester! Spurrier the White at Kiffykins. The undead Tennessee Vols, bitten and infected by moral victories and the viruses they carry, stumble against the lurching South Carolina Gamecocks. Pick a zombie and put your money down, ma'am.

Holly: Lane Kiffin is undefeated versus Steve Spurrier. That is all. AND WE RIDE WITH WEEZY.

Orson: I will take South Carolina here because it is Halloween and Steve Spurrier is dressing up as a coach who cares.

Holly: Is this a weak enough slate that we need to bother picking Cal and Arizona State? Dennis Erickson strikes me as someone whose powers are multiplied when the veil between the worlds is thinnest. It's the red glasses.

Orson: I think he's at the peak of his powers when the veil between the academic compliance office and subverbal JUCOs who qualify on a signature and guessing "C" are thinnest. Cal wins this game and it WON'T BE A THRILLER. < --topical humor in 1985

Orson: Al Groh is trying to tell you something with each of his crimes.

Holly: If this ends with Ron Cherry's severed head in a box, I'm on board.

Orson: It would, and then the eyes would come to life and call a personal foul on an oak tree in the background that did nothing to earn the flag. "I think all of the victims died of ennui, Detective." I will take Virginia here, even though the Virginia staff right now are starring in their own version of The Others. (They've been dead the whole time!)

Holly: Nobody loves the comedic value of Zombie Virginia Midseason Resurgence more than me, but even the best zombies get their heads lopped off by the closing credits.

It does help, Illinois fans, to consider this a metaphor for your current coach. You'll cut him off, it will hurt, and then you will replace it with a chainsaw to cut through opponents at will just as Florida did.

Orson: The OK State line has only allowed three sacks thus far this season, but it's Muschamp. He's sending postcards from hell in the third quarter when he figures out the protection scheme. Robinson is the blonde; Muschamp is the handsome fellow with a skin condition. 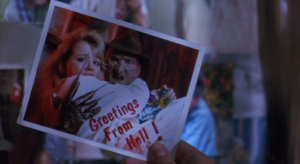 This movie ends as it usually does: badly.

Orson: Pete Carroll, Matt Barkley, and Taylor Mays go to check out this weird house way out in the woods, and it ends with Pete Carroll standing in a corner, Barkley screaming Mays name as he holds the camera, and then everything going sideways as a THUMP ends the plot and USC's chances at the Rose Bowl. BLAIR WITCHERY for the Ducks win.

Holly: And Oregon and Iowa for the Granddaddy of Them All, lord deliver us.