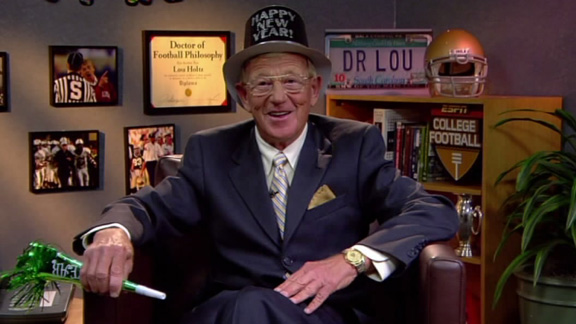 I don't know what it is about that number, but 73 always holds.

Men, you've got to have balance in your life. Your wife nags you, but she cares. Your dog might pee on the rug, but he just wants you to have better taste in things, that's all. Your butcher might short you on the spare ribs one day, but he's Finnish, and you can't darn well say anything about it because all Finns are ticking time bombs. What's that you say? That's not balanced, Dr. Lou? Neither is my butcher, but let's get to what we're really talking about here: offensive linemen.

Offensive linemen are like kumquats: surly, sour, and never doing the things you tell 'em to do. You tell em to block down and they pull. Tell 'em to pull, and they drive block. I'd have figured this out years ago, but I graduated last in a class of four people from my high school and the other three were sled dogs.

Every offensive lineman has something wrong with them, and you can tell by the numbers. Let's go, men.

50: Has delicate teeth.
51: Racist, even if they're black or some kind of Puerto-Spaniard Octaroon.

52: Afraid of spiders, especially if they have first names.
53: Disrespectful to clocks and watches.
54: Can only move to the right when the temperature falls below 40 degrees.
55: Gypsy-blooded. Always seeing something wrong with your roof.
56: Attracts cats and seagulls.
57: Chronic masturbators with germ issues. That's how your training staff runs out of rubber gloves when they need 'em most.
58: Snake Handlers. Every last one of 'em.
59: Votes Democrat.
60: Prone to distracting flatulence. Not the good kind that helps teammates bond, either.
61: Needs glasses but lies about it.
62: Homosexual. The fun kind who paints your house, though.
63: Colorblind and lactose intolerant.
64: Bookish and creative. Possibly homosexual. Be wary.
65: Hungarian and Jewish.
66: Always weighs exactly 276 pounds.
67: Can't whistle.
68. Debilitating nut allergy, the kind where no one else on the plane gets to eat peanuts. Terrible for team unity.
69: Addicted to pulp fiction and other degenerative fictional genres commensurate with smut. Possibly a beatnik when you're not looking.
70: Sweaty. Don't make 'em centers, or they'll leak on the ball like a Scotsman trapped between two pennies on the ground.
71: Girl with bandaged chest trying to prove herself to her well-meaning but overbearing father and brothers.
72: Crab person.
73: Always holds.
74: Has the Spanish Curse, and hasn't told his girlfriend.
75: Gave the Spanish Curse to 74.
76: Smells like cookies. Peanut butter ones, for the most part.
77: Rapist. There's one on every team.
78: Homosexual. The unfun kind who gossips behind your back and tried to get your players hooked on reefer.
79: Polish.