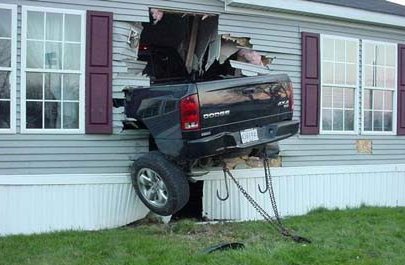 Is it a good or a bad sign when a starter is arrested days prior to an important rivalry game? Georgia offensive lineman Vince Vance was arrested early this morning on classic Bulldog charges, and indeed the only ones they seem to rack up under Mark Richt: driving offenses. (Richt: moral, but negligent on paperwork like a daft pastor.) Vance eschewed the normal "driving on a suspended license" and went a step further by driving without any sort of license at all, an offense that in Georgia gets you thrown straight in jail. Vance was also charged with failing to obey signals, the false start of traffic violations.

Positive implications for Georgia: Feeling bold and lawless. Does not need a license or your permission to go where he needs to go, sir. Try to block him: we dare you.

Overall, we'd say it's a positive for the Bulldogs, since more arrests=angrier team (see: Florida.) Georgia says it has no elaborate motivational schemes for the game like a secret Christian message embedded in a shirt or anything, just better execution and the loving, guiding hand of Joe Cox. The temperature will be 86 degrees in Jacksonville and the game kicks at 3:30 p.m. Joe Cox remains winless in day games unless you count Vanderbilt, and we don't, because it pokes a hole in our theory that he cannot win games where he is exposed to direct sunlight.