HOW FARES THE BIG TEN? A MIDSEASON REVIEW

Share All sharing options for: HOW FARES THE BIG TEN? A MIDSEASON REVIEW

The Big Ten, superficially reviewed at the halfway point with the kind of hasty contempt you've come to expect from an SEC-affiliated blog.

1. Iowa Hello. You're looking beautiful tonight, little lady. Thought we'd swing by Outback in a while. Get some...hot meat. You may notice my my stellar resume. Bulging pants, check. 67th in the nation in total offense without a running attack of any sort? Oh, check. I don't do it on the ground, though, baby. That's for animals. I want it standing up right here, dishing it to you like Ricky Stanzi in the pocket. Oh, I'm only gonna put it in the right place one out of every three times.

When I do, though? Magic happens baby. With the kind of D I sling, you only need to hit it once out of every three times. You seem nervous, baby. Don't fight this. You know you want it. Remember that you always feel dirty after three good things: an Iowa victory, a hard workout, and being rolled out of the door of my car into a ditch at 30 miles an hour. If you're lucky, a Saturday night with me's gonna feature all three.

You're not feeling it? Whatever, lady. That Wisconsin chick is looking pretty tipsy over there. She looks like she wants a blast of Vitamin F, ifyaknowhattamean.

2. Ohio State. Grimly fingerbanging its way through its schedule without having to resort to actually using the designed implement for scoring, Ohio State is saving putting it in the endzone properly for marriage but using all kinds of football outercourse to protect its chastity.

Jim Tressel's defensive chastity belt has them allowing just 12 points a game. As bad as you may think they are offensively, they're worse offensively: 86th in the nation, and 108th in the nation in passing offense. Date-rapin' Iowa looks like Texas Tech comparatively, and Terrelle Pryor runs the passing attack with the verve and accuracy of a young point-shaving Art Schlicter. Kurt Coleman taking direct snaps and dare people to touch him might be more impressive, because he scares the bark off trees and leads the usual Ohio State defense. Boner time: 21st in punting!

3. Wisconsin, Who Puts Out Like Crazy. Wisconsin almost lost to Fresno State before PUTTING THE HURT ON WOFFORD, WOOOO!!! They have now lost to Ohio State, and will give it up in a drunken haze to Iowa before waking, realizing what's happened, crying for a bit, and then recovering to win by slim margins in the remainder of their games, including the season finale at Hawaii, a.k.a. The "Wisconsinites Drink Honolulu Dry" Bowl. They remain the same diluted Barry Alvarez product you know and have come to expect: good offense, erratic defense, and a bid on a bowl game somewhere in central Florida waiting for them. Is their running back faster than Ron Dayne? Yes: John Clay allegedly runs a 4.58, or as they call it at Florida State, "a solid 3.94." He's quite good when not being held to 59 yards by OSU's defense last week, or by anyone else with a modicum of speed.

4. Penn State. Penn State meekly allowed Ole Miss to push them out of the way for the most underwhelming debut thanks to the Rebels flopping in not one, but two games against major opponents. Comparing Houston Nutt to Joe Paterno in anything besides the need to breathe oxygen isn't fair because a.) Paterno and Nutt should never be mentioned in the same breath is wrong, and b.) because Joe Paterno hasn't required oxygen since the 17th century or so, subsisting solely off brains and the beauty of classical verse.

Aside from "Evan Royster=good," there is still little to know here since they've been busy robbing the doorless houses of college football by beating Akron, Eastern Illinois, and Temple in miserably lopsided games. This is what happens when you allow Mike Leach to do your scheduling on a dare.

5. Michigan State Kirk Cousins has looked impressive for a first year starter sophomore, but he is a first year starter sophomore, and thus the late mistake against Notre Dame, the damaging turnovers against Wisconsin, and the all-night dorm bullshit sessions about Godel's Incompleteness Theorem and its ramifications for the game of football. ("But how do you know a first down's a first down, really?" [BONG RIP]) The same ol' four, possibly five loss team you've come to know, a corrupted mimeograph of an Ohio State team with slightly better defense and inferior defense.

6. Michigan: It would great, evil fun if they went on a rip for the rest of the season and beat Ohio State. It would also be fun if they did not surrender 3rd and 24 to Iowa on a throw to a tight end, but GERG demands some satisfaction for his mediocrity tooth every now and then. Forcier's been far better than expected, but he's concussed, the option game still isn't fully molded, the safeties (while not Georgia bad) still chase particularly fat moths they confuse for the ball, and the defensive side of the ball sometimes decides to get their implode on for no reason in particular. Zoltan Mesko, you're our only hope: 3rd in the nation in punting, bitches! Bow to your Space Emperor on his final tour of your puny universe before he leaves to seek adventure elsewhere.

7. Minnesota. Eric Decker and 21 other people perforaing various functions superfluous to Eric Decker's awesomeness=Minny football 2009. Do we want to devote more words here? No? Moving on.

8. Northwestern. Lost to Syracuse. There should be penalties for this, like playing the next game with your helmets on backwards for a quarter.

9. Indiana. Losing 47-7 to Virginia should also force a team to play with their helmets on backwards. Ooh! No, wait! They can wear their shoulder pads on their hips like a hula skirt and dance at halftime, where each movement has a meaning like "We beat Akron at least," or "Watching the upcoming game between us and Illinois will be like having your nose hairs plucked out slowing with blazing-hot tongs."

10. Purdue. The Big Ten is a deep conference in one sense: like a film of scuba diving beneath polar ice, there is a tiny porthole of sunlight at the top above, and a sprawling expanse of bottom below. This abundance of bottom includes Purdue, whose only victory came against Toledo in week one. This makes them transitively better than Colorado, so at least they're not sitting in that bad a section in Bottomland. 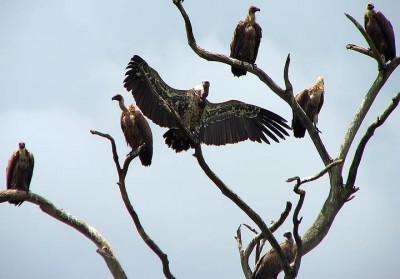 11. Illinoise. The proper spelling, per Name Redacted. What can be said about this team that does not involve graphic descriptions of small animals being fed into the maw of smelting furnace? They do not have a winnable game on the remainder of their schedule, and could see a full return to Ron Turner's 1-11 masterpiece of 2003 at this rate. Their next to last game comes against Cincinnati. Their next to last game may feature Tony Pike throwing 8 TDs in a quarter.