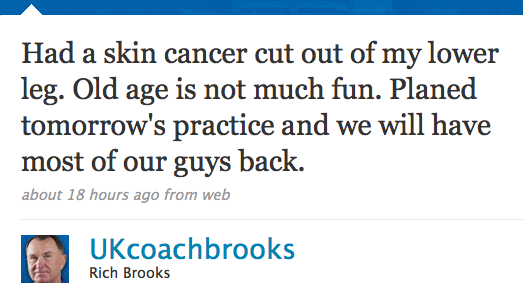 I sat there and waited for no particular purpose in the door. I was half in, half out, and admiring the fall air. It was as clean as my conscience and as dry as sherry. It felt good on a newly shaven face, like the hand of truth slapping a drunk on his last bender at five in the morning. A bird fell from the sky. I took it as a good sign. It's all in the interpretation.

I turned back inside, picked up the doctor's report, and aided and abetted the escape of a half-glass of single malt from its prison. Pleading guilty, your honor. A crime of passion I committed daily, but what else were you going to do with the dead hours of the day? The time stretched out in front of you like the legs of a faithless woman on clean white sheets.

You might find some momentary entertainment in and around them, but ultimately they walked away and left you staring at the darkness.

I picked up the doctor's report. His penmanship was lousy. His billing secretary's, however, was not.

There was a hole in my leg where there wasn't one before. Skin cancer. Old age. Old thoughts. Old men doing the work of young men for old men who still had the wants a young man has without an old man's wisdom. I had to follow up on so many things with this case: where had Johnny Venus been the night of the casino mugging? Why was the car he took his last nap in registered in Marguerite Woolworth's name? And finally, who put five hot slugs in my partner, Joker, and turned him into a sidewalk painting on Sunset Boulevard?

I had a lot of questions, a little scotch, and the Steinitz Gambit laid out on the chessboard. Steinitz and I talked for a few hours. I made a ham sandwich. I ate it. The sun and the whiskey raced each other to the horizon. The whiskey won. I woke up looking for answers that day. I fell asleep without them. Life's like that sometimes.