I attempt to stay out of other nations affairs as a leader of millions and father to a nation UNLIKE SOME PEOPLE I'M LOOKING AT YOU TRAITOR LEE MYUNG-BAK.

In this case, however, I must make an exception. I must speak out in support of Bobby Bowden, the legendary American football coach at Florida State University, and against the traitorous running dogs attempting to stop his plan to give the people what they deserve and want so much: an indomitable football team crushing all opposition in front of it.

What Florida State fans fail to understand is what all great leaders understand: the path to the mountain of success runs through a thousand rice paddies of failure. Every great leader understands this, and the people should follow obediently, confident that he has his eye on the summit ahead. To see this kind of belligerent rhetoric from within the ranks of your own brothers, though?

It's safe to say that everything Bowden does is counterproductive to the shot and long-term health of the football program because it is taking away a decision making opportunity from someone who is actually informed enough to make a qualified decision. The one thing Bowden says he wants (FSU to be great again) is simply not possible until he leaves or dies, neither of which would bother most FSU fans I know at this point.

This is a wordplay and mockery to the nation while staging war maneuvers, and treason to the people.

Obviously this splittist clique can never succeed in dividing the leader from his people. Vigorously struggle against them, and report them to authorities if possible for immediate reform through labor in the service of their people. If this is not possible, kill them with farm implements and receive the people's universal bonus of a half bowl of rice in gratitude for service.

The leader understands how hard it can be, but only through great struggle can we have great growth. Cognac also helps. Ah, sweet, bottomless bathtubs full of it.

/passes out for three hours in bathtub of cognac.

Where was I? Yes, lessons. For example: that was not a loss to South Florida; it was instead a lesson to be more vigilant against mobile quarterbacks, and a case study in the need to score in the redzone for the greater glory of Florida State. It was not a near-miss against Jacksonville State, but an object lesson about the importance of fighting vigilantly against complacency. The closer the danger, the more savory the glory for all! That is the lesson Bowden is trying to teach here.

Look at my own policies. The nation provides all for the people, and the people provide all for the nation. We have eradicated all of the major threats to a happy society: obesity, vice, trees, obesity...all due to the hard work of our leader and his faithful people. At night, our proletariat sleeps in blissful, unpolluted darkness, much like the residents of the Florida panhandle do. Someday, I hope Coach Bowden can look out and see what he has created and be as proud of his people's work as I am when I look through the windows in Pyongyang.

The broad segments of people should intensify the struggle against driving out Dear Leader Bowden, and throw away the anti-Bowden maniacs to the dustbin of history through a nationwide struggle against them. Devote yourself fully to his teachings, build more statues, and create a spectacular flippy-card show for his enjoyment. If all of that fails, torture someone in front of him. That always perks up my day, and from what I understand this "Chuck Amato" fellow is as expendable as they come. 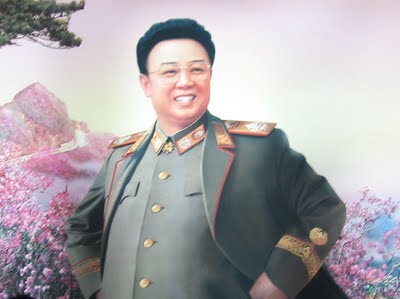 This message brought to you by the Democratic People's Republic of Korea, the Council on Foreign Relations, the United Nations Special Mission on the Koreas, and was produced in conjunction with the University of Florida Athletic Association.