Share All sharing options for: OH, IT'S HATE WEEK

There is a special place in our blackest of hearts for Tennessee, and it is entirely personal. We don't especially like where we're from, mostly because it's one of those places where ketchup is considered spicy, the slightest wrinkle of oddity is cause for grave concern, and country music of deplorable quality bubbles from its pores like congealed fat hardening on the surface of fetid stew. You like it? Great. We don't, and that's why we live in Atlanta, home of Adult Swim, a quiet but huge adult industry, a horde of swamp real estate investors spending money poorly, and a crumbling infrastructure and half-assedness more suitable for our tastes. Interstates are magnificent things.

We have, from birth, hated Tennessee: the indigestible-to-the-eyes shade of orange, the somnolent pre-games, the sludgy brand of football designed to eke out wins by field goals, their abuse of a fine coonhound by putting an inherently curious dog in front of 100K and daring it not to go insane with overstimulation. (Watch Smokey sometime: he is seconds away from cracking into an insane rage. We can't blame them.)

In terms of rivalry, though, things had gone limp in recent years thanks to Urban Meyer's superior coaching acumen, Erik Ainge's ability to cough up a game when you most needed him to, and Tennessee's complete inability to score points when it mattered. It felt hollow, after a while: rivalry requires a certain degree of competence on the part of your opponent, a bare minimum of respect for their inability. It is difficult to respect an opponent who lets you play the part of Dr. Manhattan: you point, they explode, and suddenly you're the child giddily holding the magnifying glass.

This all assumes you don't find someone to genuinely loathe on the other team. Ahem.

Like someone who's already said how much he is going enjoy singing "Rocky Top" all night when they beat Florida in Gainesville, or someone who accused your coach of cheating in public. Don't look at us: there's little deep emotional bonding with Urban Meyer, since his relationship with the Florida fanbase is like that of a mob boss with his prize assassin. We pay him to eliminate people in cold cash. He does that. We exchange Christmas cards and formal handshakes. Urban Meyer is not a cuddler with anyone, as far as we know, and only prizes the sweet embrace of victory and cold vengeance.

Ask Mark Richt about that. Mark Richt is the nicest human being on the planet, a man who takes in the stray children of the world, bonds with his players in teary team meetings, and probably always leaves too much money in the Starbucks' tip jar even though the barista simply turned, poured coffee, and then presented said coffee to you. Mark Richt is a saint walking among us, and Urban Meyer dropped a motherfucking safe on him and Georgia for dancing. Dancing. Dancing is festive, celebratory, nay, even cheeky, and Urban Meyer took that as justification to put UGA on the rack for four quarters and call timeouts at the end to prolong the agony.

Jack Warner once said of the director Raoul Walsh: "To Raoul Walsh burning down a whorehouse is a tender love scene.' Ditto for Urban Meyer, whose deepest satisfactions as a coach have always come from the moments where he has his opponent Dexter'd up on the operating table bound and terrified. Now he, a lowly assistant who tacked up the coaching ladder from Bowling Green, to Utah, and then to Florida, faces a guy who at 34 is riding a genetic lottery win all the way to the bank and beyond, a guy who called him a cheater in the offseason riding in with an error machine at quarterback coming off a loss to UCLA at home.

We don't think it's going to be a blowout, since Tennessee's defense should be quite good, and Florida hasn't faced someone with the defensive speed of the Volunteer line. If there's an opening though, a quivering moment where this game could turn into a complete and utter mass murder, safes are going to get dropped, and in great numbers. Never mind the fans: mind the guy they hired to take you out sitting down on the sidelines, the one with his arms folded who'll call two extra timeouts just to watch you squirm before the clock strikes and breaks the last bone in your collective bodies. He's the scary one. 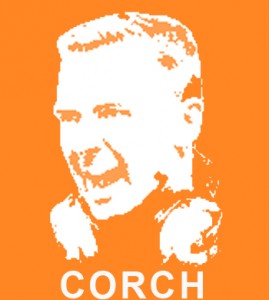