LEGARRETTE BLOUNT WILL HAVE THE FULL-CALORIE INSANITY, PLZ

Share All sharing options for: LEGARRETTE BLOUNT WILL HAVE THE FULL-CALORIE INSANITY, PLZ

Video after the jump. He's as completely suspended as Byron Hout was completely bitchmade by Blount's sucker punch. Unsportsmanlike? Oh, certainly. Dirty? Completely, yes, but shit, would you so much as step on Blount's shadow without his permission now? Somewhere he and Ron Artest are walking through a suburban mall right now punching people in the face randomly and talking about how awesome smoothies are.

It's terrible, but if Blount's intent was to walk a-feared through this world like Mike Tyson and Ray Liotta forever, earning calls for the National Guard for routine traffic stops because this motherfucker is totally crazy, then yeah: mission accomplished, baby. That's WWE heel script-reading portrayed perfectly.

1. The angle we call "BITCHES GET STITCHES:"

In review: Oregon is as bad as Phil Steele says they would be, and don't ever, ever fuck with Legarrette Blount. 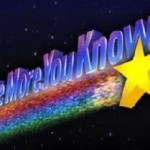