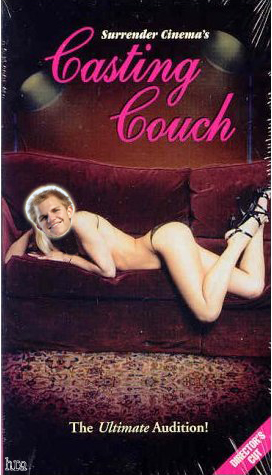 Terrelle Pryor IS Belle IN La Belle et la Bête. Not the Disney cartoon Beauty & the Beast, but the 1946 Cocteau version where everything is sepia-toned and miserable. (The rest of Columbus is the beast, whom la princesse charms with his gentle, caring ways and methed-up deer speed.) The Buckeyes are a three-touchdown favorite, but Navy has been popping up here and there as a trendy upset pick. This year, that's a mistake. Niumatalolo is as wizardly as he is unpronounceable, but OSU actually looks to be fielding something on the order of a solid (no, really, for real this time) squad and Tressy has a sterling opening record. (If this were the Disney version, though, he's so totally that matronly teapot.)

Mark Richt IS Obi-Wan Kenobi IN Star Wars Episode IV: A New Hope. The East is down, but not out, you rebel scum. Though contractually obligated to take Georgia here, it's not a bad bet. Even with a not-grievously-injured Zac Robinson and zippy Dez Bryant primed and ready, the Richt "We <3 U Lowered Expectations" party line is a party line for a reason. And while Okie State may not have to play the kind of frantic, tailspinny defense usually required of Big XII South squads, Georgia's backfield woes have been unnecessarily exaggerated (even is Joe Cox is just wheezing back there and can barely lift his arm to hand off). Woe betide the rest of the SEC when they emerge from their summer cocoons, more powerful than you could possibly imagine.

Jimmy Clausen IS Sonora Webster IN Wild Hearts Can't Be Broken. It's a dirty thrill a minute when you join up with Jolly Charlie's Travelin' Circus, but be warned -- one instant you're a diving girl in a pretty dress savoring the roar of the crowd, the next minute you remember you signed on to jump a goddamn horse off a high platform into a barrel and people paid good money to see your slender ass go through with it. Nine billionteen points later, knowing these two quarterbacks, will J-Claw be the toast of South Bend or blinded in a freak accident and reduced to learning the ways of life -- and love -- at the strong, silent hands of Al Carver? (In the movie. It happens in the movie.) My money's on the other baby ostrich signal-caller, EDSBS favorite Colin Kaepernick. (Programming note: Just for giggles, I'll be picking against the Irish for the entirety of the season, even when I don't think they deserve it, just to see how long it takes for this one Y! commenter of mine to plant a bomb in my car. I explain this here because y'all have a singular ability, unparalleled anywhere else on God's green internet, to take a joke with good cheer, and because Harrison Smith and Golden Tate are still my boys no matter the jersey colors. Although, for rills, we really think they might get outgamed tomorrow.)

Robert Griffin IS Tom Waits IN Coffee and Cigarettes. ZOMG ROBERT GRIFFIN IS ON OUR SCREEN THIS IS GOING TO BE SO FUCKING SWEET...and then five minutes later we have absolutely no clue what just happened, only that this is supposed to be awesome because everyone we know keeps telling us so. (Actually, as the only player on either team worthy of any affection we'd cast Griffin as RZA, GZA, and Bill Ghostbustin-Ass Murray in the only memorable sequence of the bunch.) Like, you know you're supposed to watch this because this is material you're supposed to care about, but around the 40-minute mark you start to get low on oxygen.

This is the college football equivalent of "Delirium", and Wake might as well get their disappointing asses out of the way early.

Juice Williams IS Inspector Thompson IN Gosford Park. Bumbling but jovial, in charge but out of clues. The case won't get solved but an amiable solution will be arrived at, thanks in no part to our dear Inspector. Williams absolutely baffles my other internet boss, whose usually steel-coated unflappability falls to pieces when trying to justify his utter conviction that Williams is a terrible quarterback with numbers that say otherwise. (Co-starring Arrelious Benn as the world-weary, put-upon copper who actually treads closest to cracking the murder mystery but whom everyone refuses to pay the slightest bit of meaningful attention.) We lost all interest in Mizzou with the departure of our favorite ready pizza joke franchise. I-L-L!

The entire BYU two-deep IS Roger Thornhill IN North By Northwest. Oh-oh, mistaken identity! Someone's got BYU mixed up with a squad that has a sliver of a snowball's chance in hell of hanging with the Sooners. There's a pretty wide class gap in the rankings when two ranked teams are separated by oddsmakers by a margin of over three scores. Can freshly-minted Indianapolis Colt Austin Collie be replaced? Will it even matter since Max Hall has no line to speak of thanks to injury and attrition? Can BYU afford any sort of slipup with fellow MWC upstarts Utah and TCU at their shapely heels? No, no, and nuh-hoooooo. This kind of pressure this early in the season may crack Big Game Bob Stoops, but not in Week 1.

Tyrod Taylor IS Billy Batts IN Goodfellas. I am fondly reminded of my "because FUCK Clemson, that's why" opening-week pick last year, which turned out to be accurate enough, but while the Hokies are overrated, they're not that overrated, and just had the bad luck to schedule a buzzsaw on the opposite sideline for Week 1. Bama has only begun to flex its mob muscles and is hopping goddamn mad after their last appearance on a football field of any import. Virginia Tech will be shot, thrown into a trunk, stabbed, and re-shot just to make sure. Is McElroy any good? Does it matter, when it's Julio Jones going to get the ball? CyberTyde hums in stern approval at your predetermined acquiescence, Hokie-types, and would point and nod if he had hands or a face. He'll settle for yours.

Chris Turner IS Carol Anne Freeling IN Poltergeist. Ignoring all manner of portentous signs that all is not what it seems, most notably last year's bizarro match, the Turtle is the one what ought to be fearing this week. Jeff Tedford may finally be manifesting his true evil potential, largely by means of getting out of his own genius-y way, and his ire is not to be discounted in a grudge match. Also, at one point Jordan Steffy will be dragged into a bottomless pool of scummy mud-water by animated skeletons, all played by Ralph Friedgen, who is totes skinny now, did you hear huh huh?? MINI FRIDGE JOKES, HIGH FIVE!!

Dexter McCluster IS the Alien Queen IN Alien: Resurrection. The Rebels. They'll breed. You'll die. And with Houston Nutt at the helm it's gonna be ugly as all get-out and hackneyed as hell. Jevan Snead is the comely Winona Ryder in this inexplicable cinematic juggernaut, and Houston Nutt is Ellen Ripley, who cannot die but who can make some rrreally gruesome mistakes. This won't be one of them.

Darrell Scott IS Nicolas Cage IN Knowing. Will Scott spend more time in the endzone or on the training table this season? Can Dan Hawkins get to ten wins, ever? And what of the perpetual plight of being the coach's kid and not that good at football? Who cares; (SPOILER!) the earth is about to be destroyed in fire at the end of the fourth reel, with Hawkins and a trusty stuffed rabbit its only survivors. (Buffs, then. We guess. Since we're all gonna die anyway.)

Brian Kelly IS Elizabeth Bennett IN Pride & Prejudice. Or, more accurately, Keira Knightley, tabbed for stardom early on, with some out-of-nowhere indie and blockbuster successes and a sterling record, and a reputation as kind of an asshole that somehow just leaves us wanting more. (Getting crabby about having to shake Kragthorpe's hand after beating him, on the road? TOP SCORE, Commodore.)

Sean "The Cobra" Spence IS Corey Woods IN The Wizard. Yes, the whole thing is just a trumped-up commercial enterprise over untested or falling-apart structural work, and neither squad has stood the very late test of time, but we'll be tuning in. Because we love The Wizard because it's The Wizard, and we love Miami just for being them. Because Randy Shannon's deep doe eyes make little unicorn-shaped crystals form on the walls of the black pit where our heart should be. Because fuck Florida State, that's why.