YOUR MECHANIC HAS SOME BAD NEWS

Share All sharing options for: YOUR MECHANIC HAS SOME BAD NEWS 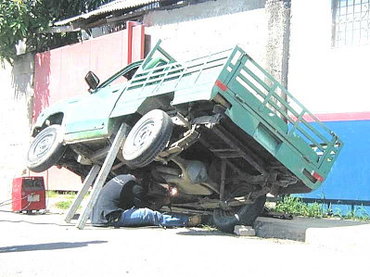 Take it up with the carmaker, bud. Florida safety Dorian Monroe blows his ACL for the second year running. Tape a picture of Frank Gore to your wall for inspiration, Dorian. He went through a gross of those things at Miami. Toward the end, he was playing with eight shreds of Cuban ropa vieja duct-taped across his knee, and he still got NFL money, so there's hope yet for the redshirt senior. EDIT: Damaged meniscus. Damn you, caffeine. In even better shape than Frank Gore, who makes piles of money playing on knees that are actually just old hinges taken off a Nash Rambler.

You don't need to fix that. But when it breaks, the wheel is going to fall off and your car will explode.

Miami's number two and number three quarterbacks are transferring, leaving them with a fourth-stringer standing between them and running the single wing in the snap of two ACLs. Depth is overrated, though.

I'll do that for free, though you really wouldn't notice it yet if I didn't fix it.

Nebraska loses offensive lineman Brent Qvale for the season with a shoulder injury. He was working with the second string, but we mention him for his excellent "Q not followed by U" name more than anything else.

UPDATE I can't let you drive off the lot like that.

Tennessee loses last year's starting center, Josh McNeil, right after losing their only field-stretching deep threat, Gerald Jones, to a leg injury. All part of the Kiffin plan, though. No need to panic. 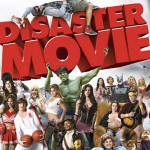