HOW DO YOU PUT A PRICE ON DIRTY SWEATPANTS ?

Share All sharing options for: HOW DO YOU PUT A PRICE ON DIRTY SWEATPANTS ?

We've all had pieces of collegiate clothing we would retrieve barehanded from the flames of hell. We personally still mourn a vintage Florida t-shirt purchased from a thrift store a few years ago ultimately lost to several holes and paint stains. It had the stubby-armed Thalidomide Gator from the 1960s, was an eye-scorching shade of orange, and had been worn so many times by so many people it had its own distinct soul. We would be wearing it right now, but a collar and five threads are not considered proper wear even for a blogger. 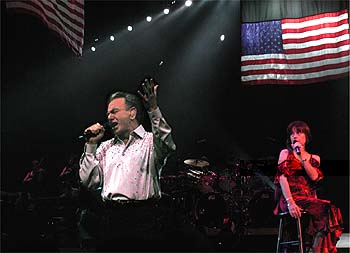 Therefore, a salute goes to Shum Darwin, who fought long and hard for the proper compensation for his Nebraska Cornhusker pants taken and lost during a stay in a Lincoln Jail. He was to be reimbursed ten dollars for the pants, but sensing an important meeting of civil liberties and fandom, Darwin demanded he be paid the proper value of the pants: twelve American dollars.

That noise you hear playing in the background as you read this? It's the sound of democracy in action.

Commissioner Ray Stevens thought it should be $12 because Darwin, if anyone, should know the value of his sweat pants.

Heier pointed out that the jail staff, in its investigation of the claim, recommended reimbursing Darwin $10.

Schorr made a motion to pay only $10.

Stevens then offered an amendment to increase it to $12. It passed on a 2-1 vote with Heier voting against. Commissioner Deb Schorr changed her mind and reluctantly went along with Stevens’ amendment.

The final vote was 2-1 with Heier again voting no.

Shum's a bit more forgiving than we are: the sentimental value alone of such an article is worth thousands, especially if it's a discontinued logo. Still, a man and his sweatpants separated is no small crime. Lancaster County got off easy just paying 12 bucks here. Steal a man's sweatpants, and you take a piece of his soul. (And if you're homeless, a good chunk of his net worth.)