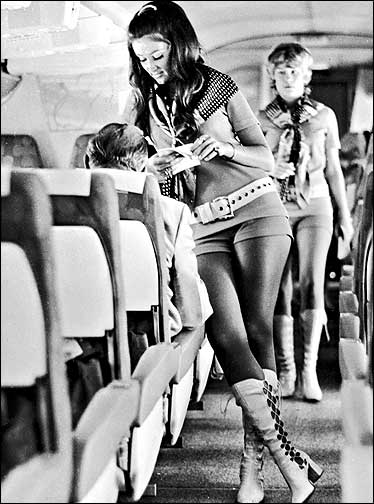 It's a long offeseason. In an attempt to vary up the somewhat fatigued Friday rotation of non-sequitur posts called the Corrections, we will vary it with various lab experiments, including The Digital Viking: The EDSBS Guide To Spicy Living. The four categories are Drink (obvious), Comestibles (Food/Snack), Combustible (Shit what blows up), and Canon (essential films, books, and movies to understand reality as you know it.) Enjoy?

Holly: Aviation Gin. They say: "With its full and weighty mouth feel, regionally inspired flavors of earth and spice, and a uniquely cool finish, Aviation is a rare expression of gin that shines both on its own and in one of a large number of resurrected and modern culinary cocktails colliding with ice and tin on the insides of Boston Shakers at discerning cocktail bars around the world." I say: Aviation tastes like it's crushed from juniper berries plucked from the titty of a naked angel of God. (I don't know why the angel is sprouting things in this particular scenario, but this is the kind of hyperbolic bliss Aviation drives me into. Also, it renders the drinker completely comfortable with ending sentences with prepositions.)

Orson: The Harrier. God, we feel so ready to put on a pith helmet and oppress people when we drink this, and we mean that in the kindest, most polite and thorough way possible: the British way.

None of this French piffling about where we intermarry/rape your natives, build a few half-assed cathedrals, teach the locals how to make bread and coffee, and then skate right before the inevitable country-destroying civil war/genocide. No, we're going to bring some damn Britishness to this place if we have to die of malaria while playing a cricket match at noon on the equator, sir. There's a certain way of doing things, and it's that much easier to do when you're subtly cranked on only the finest of gin cocktails, the Harrier.

It's essentially a Greyhound with Vodka, but it's the lavender that makes this drink (gay--ed.) so completely effete, elegant, and British colonial. Also, like the Harrier, you take off in a hurry when drinking these, and sometimes crash spectacularly losing all personnel on board.

Orson: Rotier's, Nashvegas. No clue what makes the burgers at Rotier's so crackulently addictive. We suspect it's the middle finger to the health department on that whole "grill-cleaning" thing, and that if an errant spark were to strike the decades of built up burger residue crust giving their hamburgers such punch, the ensuing God-Fart of an explosion would make the Enschede Fireworks Accident look like the mere cheek whispering of flatulent cherubim. We mean this: Nashville would be blasted into a clean sheet of molten glass by the force, so better to keep the power making hamburgers so good you won't slap your mother, but rather kick her through the nearest plate glass window in celebration. (She wouldn't mind, provided you were kicking her into Rotier's, and planned on picking up the bill.)

Holly: Meandering back to God's country, I entreat your tired, poor, wee huddled masses yearning to breathe free to drag your carcasses down to Tuscaloosa on a fall Saturday. Find the Houndstooth, a reincarnated Crimson Tide bar, then look for the stand outside. This is run by the fine upstanding citizens of Big Bad Wolves BBQ. They will make you something called "barbecue nachos", a confection comprised, straightforwardly, of nachos with barbecue on them. Proof of a benevolent sovereign hand of the universe, in snack form.

For today's Digital Viking, having a good time doesn't mean breaking the bank. Property damage is a must, however.

This will come in handy in describing Auburn's upcoming season, or in anything discussing Steve Kragthorpe.

Orson: Joe Biden's Hairpie Magnet of a Trans-Am, baby. Seriously, if we could own a Trans-Am without convincing ourselves that cash wouldn't look better in our Great Hunger/Zombie Survival fund, it would be sitting on the street in front of Swindle Manor for all the crackheads of the world to break into at will...and discover our pet Gaboon Viper "Pokey" waiting in the climate controlled glove compartment. 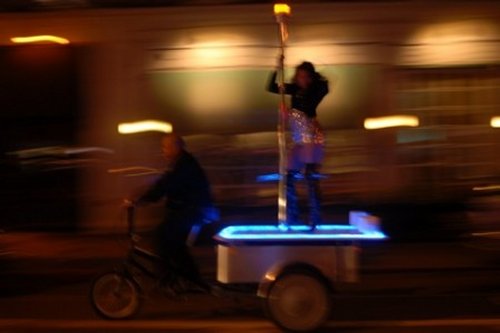 That's a bicycle rickshaw with a pole-dancing stage welded onto the back. Your argument is invalid.

Holly: The Nuclear Express: A Political History of the Bomb and Its Proliferation. Written by a former Secretary of the Air Force and a nuclear physicist. Lots of men in ties smoking cigarettes performing daring feats of espionage while looking impossibly dashing (or like nebbishes, you never can tell). 400 pages of bomb tracing, technology hustling, and sexy Commie paranoia.

Orson The Ginger Man by JP Donleavy. At one point in his book, the protagonist, Sebastian Dangerfield, is at a party going seriously out of bounds with a too-young woman not named "wife." A single light bulb lights a room full of people alternately starting to have awkward public sex or retching in corners. His date asks him what they're going to do, and Dangerfield does the only logical thing: he takes the single light bulb keeping the room lit and smashes it against the wall.

What more does one need to validate the purchase of a book than this scene and the words "Banned in Ireland"? Dangerfield is the Simpsons to Tucker Max's Family guy, the original Bastard's Bible for Living Poorly and Unspeakably. The Good Dr. Thompson was obsessed with the book, and for obvious reason: its protagonist, Sebastian Dangerfield, is an ass-chasing, booze-guzzling, bottle-throwing glorious wreck of a failing law student in post-war Dublin who fails nearly every human being who crosses his path by carelessly fucking them, cheating on them, damaging their property, or by throwing bottles at their head and escaping on a stolen bicycle.

Completely amoral, violent, brutish, and utterly unadmirable behavior so deliciously illustrated for hundreds of pages the Pope would probably even soil a white caftan laughing up a bit of his lunch onto it. Delectable, double-barreled blasphemy, and a book that--in spirit--you should probably steal from a large corporate bookstore.