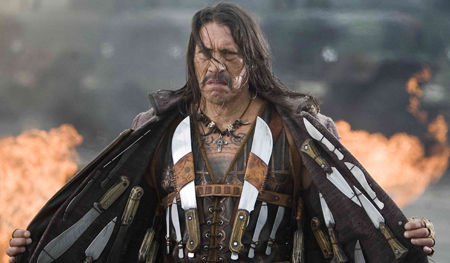 Perhaps best known as Charles Bronson, Salsa Flavor, Trejo's long streak of playing tough guys was preceded by life as a drug addict and small-time criminal known for street fighting in the nastier bits of Los Angeles before he decided he wasn't hard enough, went to jail, and then became a boxing champion in two classes WHILE IN PRISON. Boxers are hard anyway, but like anything else it all sounds so much tougher when you put IN PRISON on the end of it, like "It was bad, but I helped myself by bettering myself while working as an administrative assistant fluent in javascript IN PRISON."