So, I guess he's not planning on transferring? (Also HT'd: Bucknuts.) 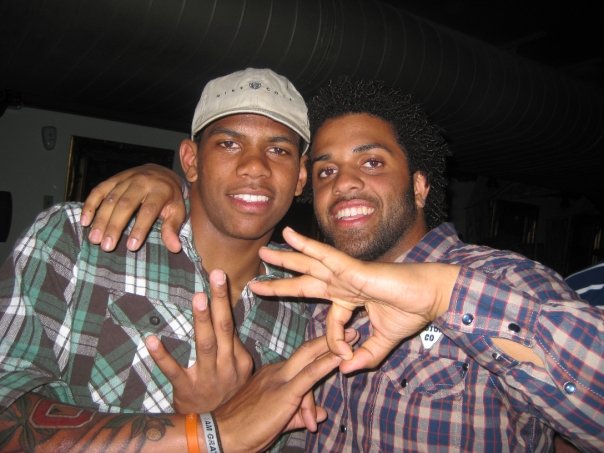 Besides allowing opposing fans the chance to point and suggest that "HURR HE HAS NUTZ ON HIZ ARM," the photo also features an inscrutable hand signal open to a variety of interpretations. We'll assume it's the ancient Chinese hand signal for the Imperial Lotus Sex Manual's "Three Giraffes Walking the Silken Plain" move, represented here by the number three, Pryor's walking giraffe in the left hand, and the obvious anal symbol made by the lovely young woman on the right. The extended fingers on her hand represent tailfeathers. If you need explanation for what this all means...well, you'll never really understand "Three Giraffes Walking the Silken Plain," and should never attempt this maneuver without coaching and at least three months of supervised rehearsal.