The offices of the Wisconsin football program. A radio blasts Saliva. BRET BIELEMA lifts weights in a tank top. A RECEPTIONIST enters.

Receptionist: Mr. Bielema, your 1:30 is going to be late. 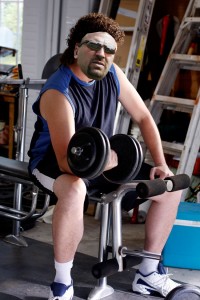 Bielema: No problemo. More time for me to get my swole on before I get my fuck on. He gestures to his penis as he says this.

Receptionist: Coach, I really don't need to know about that.

Bielema: Sure, Eddie. It's not big deal. It's natural. Our bodies are natural. Nothing to be afraid of.

Receptionist: I just don't think it's very professional of you to point at your..um...

Bielema: My Madison Poon Taser? My Fucky the Badger? Schlong Dayne here, the powerback that goes slow and hard up the middle? My Hairy Alvarez? I make my living with this Eddie. This coaching thing is just extra balls on the nut-train for me. I---

[A GREAT RUMBLING OF BASS AND MUCH SHAKING]… 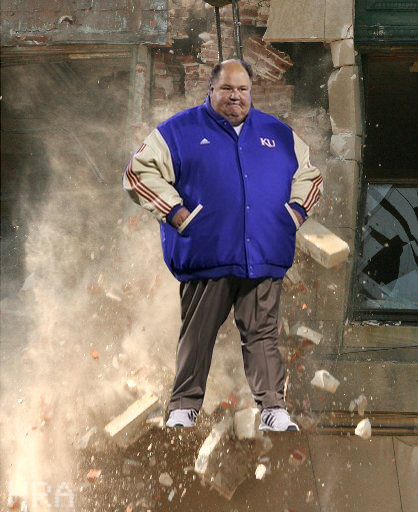 A hole in the wall, that's for builders to sweat
And a hole in your dick's all bout gettin so wet
A hole in the protection gets the Marky upset
Cause he shelling out dimes to his Jayhawkettes

Don't have to have a pussy, though, to be the type
Who keeps a man from his biscuits
Keeps the foie gras off his triscuits
With the child support, she got you from 18 to life

Tried to be wife, but couldn't stay away from the dick
Marky M's heart broke over that ass so thick
Came home, thought you was the Cinderella for my slipper
Came home, found you on a dude's pole like you was a stripper

Machine, the dream, you know it was gone
But you can't judge women by the ones that was wrong
And you gotta treat a lady like lady, BB
Gotta stay game tight with a girl like E-die

She a down bitch for them buffet times
She a down bitch when you runnin' out a them rhymes
Keep you swimming and brimming in the memos and post-its
You never have to write email, you know she gone ghost it 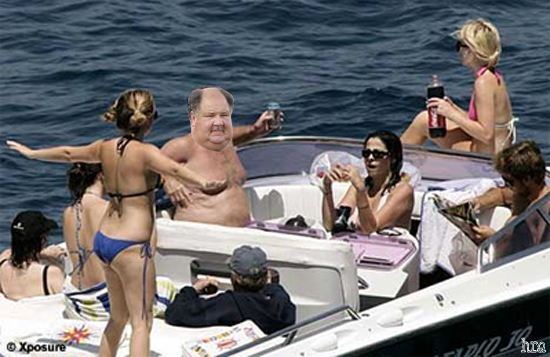 To the snow, the hoes, the weakass dough
Of this life that you livin, baby come to the show
Keep you warm and naked on my aqua-chateau
Strictly nude or bikini, but respectfully so

Take a memo, drink some Cris, eat some bacon
This ain't no fakin'
Marky M know you be achin
For wavin' wheat that bring the cows
Where there's cows there be maids
With braids
And them Escalades
Made off the cheddar them cow titties done made.

Think about: live fat with the Marky M
Or spend your chump days with your chumpass friend
I be sitting club level waitin' on yo' call
Textin' boricuas in mi espanol

Bistec y tetas, es the fuckin' mejor
Todd Reesing never lie, know he mannin' the door
Keep the nacho fountain hot, he know what it for
Dippin titties in the queso, hater know the score--WHAAAATT?

YEAAAHHH, straight love for the secretarial thickness. My ladies with some frost on they pumpkins, much love.

Scheisty bootleggers I see ya. 'Bout to shove half a hamhock up that ass if you bootleg my shit again.

Yeah, I know it's nasty. You love it.

Hit me up on the web: gravytrainsnthangs.com. Honeydips, drop a pic if ya sick or thick.