Monday's cooking segment "In the Kitchen with the Texas Tech O-Line" contained several factual inaccuracies. Contrary to stated remarks by left tackle Brandon "Mankind" Carter, it is not possible to become pregnant by ingesting whole quail eggs. Also, mussels that do not open when steamed can in fact cook through and are safe to eat. We regret the error. 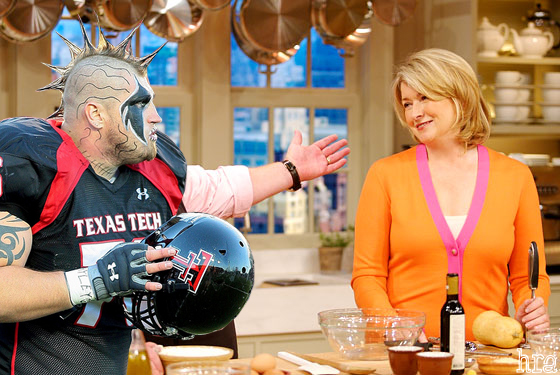 A clarification is needed for a quote in Wednesdays' "Spring Practice Capsules." We quoted Steve Spurrier improperly due to a typographical error. The quote should have read:

We apologize for any offense the gay community may have taken at the implications of the typo as it originally appeared in the piece. The wishbone is a football offense open to both straight and gay football players, and has no preferences no matter how many dive penetration jokes you make. We regret the error.

In Wednesday's Curious Index, we reported that Cincinnati's Brian Kelly has no sensation of any kind on the entire left side of his face after an alleged one-night stand gone horribly wrong with ESPN's Pam Ward. Coach Kelly's agent informs us that Kelly only lost the ability to detect hot and cold sensations on his tongue, and that he and Ms. Ward remain on cordial terms. We regret the error.

In our piece Messin' With the BCS, we misidentified Orrin Hatch as "Representative Hatch." Hatch is in fact the senior Senator from the Great State of Utah, serving alongside junior Senator Elder Creepy Meltyface. Also, Orrin Hatch was not the inspiration for the film Crank, though he has had sex in public with Amy Smart to save someone's life. We regret the error. 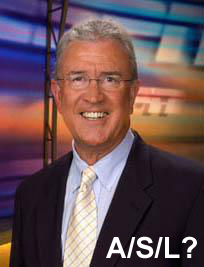 Yesterday's feature, "Ron Franklin: The Man, The Myth, The Monotone" contained a quote from a coordinating producer at ESPN that was misinterpreted by our editorial staff. When Franklin's unnamed colleague remarked that talking to Franklin was "like talking to the internet", she meant to imply that Franklin made his coworkers laugh out loud, not that Franklin is a sexual predator. We regret the error.

Tuesday's Block-Rockin' Eats recipe for "Rich Rodriguez's Wampus Burgers" read 8 pounds cat meat as printed. This was not specific enough, according both to dissatisfied readers who tried the recipe and to Michigan SID Steve Trackett. Trackett called after the piece was published and clarified,

For the gamey but delicious tang of prime cat, you should use nothing but 2-4 year old overweight tabby, as the marbling is what matters most. Enjoy!

Happy grilling! We regret the error.

Tuesday's "Better Know An Androgynous ACC Coach" reported that Boston College's Frank Spaziani was born with both male and female genitalia, and was raised as a girl until the age of twelve, winning four consecutive Little Miss crowns at the New Jersey State Fair. Coach Spaziani actually competed in the pageant's Junior Miss division. We regret the error.

In Monday's Curious Index, we cited a source identifying this as a video of [NAME REDACTED] getting his penis stuck in a metal park bench in Taipei, Taiwan.

The man has since been identified as Wei-Chuan Yang, a 38 year old programmer from Taoyuan, Taiwan. [NAME REDACTED] could not possibly have been in Taipei, as he has been coaching spring practice in Champaign-Urbana with his penis stuck in particularly sexy plastic deck chair for the past week, something he says he is "excited about" and is "showing real signs of getting better and better." He has no plans to remove it in the foreseeable future.

On Thursday, we reported that Steve Kragthorpe was excommunicated by the Catholic Church for the abortion he's committed at Louisville. This was in error, as Kragthorpe is not a Catholic, and therefore not subject to the Vatican's spiritual oversight. Louisville Bishop Thomas Kelly did clarify though by saying that if Kragthorpe were Catholic he would be excommunicated, because getting owned by Syracuse really is an unforgivable abortion under anyone's laws, and that he's likely due for a retro style smiting any second now. 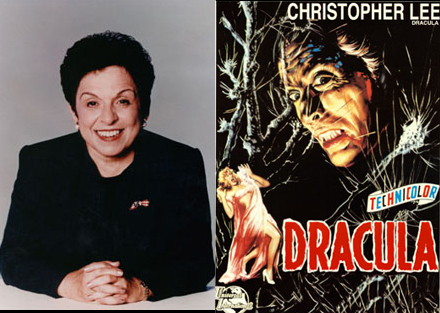 The image in question is in fact a poster from the 1958 horror classic starring Christopher Lee, and should have been captioned Count Dracula. We regret the error.