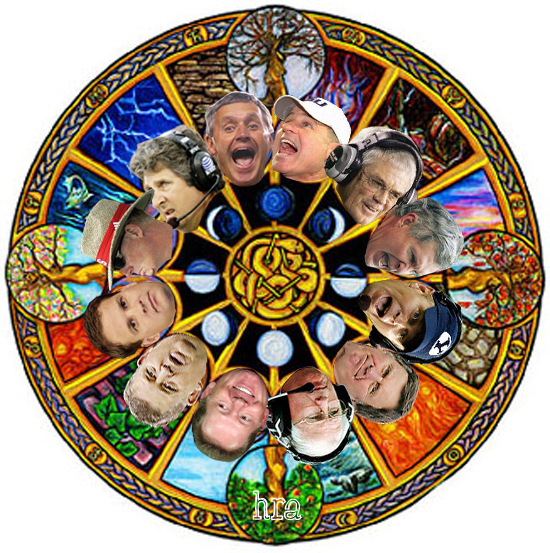 Positives: Pioneering and courageous. Will attempt things that have rarely worked, like trusting Jonathan Crompton with the ball, a senior citizen with the defense, and starting an ostrich who can catch a football with its useless wings at wide receiver. Um...SPOILER ALERT forget the last 15 words you just read.

Physical characteristics: "The face long and the eyes are usually steady and somewhat piercing -- not looking through you, but certainly looking at you, as if you are being challenged." Meaning Lane Kiffin may want you to run through that wall, son, but he'll go headfirst just to test it out if you want him to. In fact, he dares you to dare him to go do just that...unless you're a pussy, McFly.

Negatives: Impulsive and foolhardy.Noooooooooooooooooooooooo. Not at all. The 73 yard field goal makes sense in certain contexts, like if you're completely insane.

The Western corollary to the Chinese sign of the Snake. Snakes eat once every three weeks.

So does Charlie, but when he does, another Notre Dame grad assistant's parents get a phone call informing them that their child has gone on Notre Dame's exclusive long-term study abroad program for promising young coaches, which takes anywhere from three to five years.

Positives: "Taurus people strike a leisurely pace, savoring the world's physical delights." Take the leisurely pace of the Notre Dame offense against quality defenses, for example, leisurely strolling one three yard pass at a time down the field.

Negatives: "Taurus people strike a leisurely pace, savoring the world's physical delights." STOP NOT FAIR MOVING ON. Taurus tend to be easy-going, which Charlie Weis most definitely appears to be at all times in every way. Yes.

Physical characteristics: Known for being broad through the neck and shoulders. We're just quoting. We're sure the next thing we check doesn't just fall into a tired joke--"often express the contented sensuality and slow moving gestures"--OH COME ON

Positives: TWIIIIIIIINS. Gemini are dual-natured, labyrinthine in their dealings with people, and prone to negotiating with multiple parties for everything from jobs to sexual favors to international children-for-arms deals. Really, there are no positives to Geminis. They're going to screw you in the end, and should never be dealt with in any way possible unless you're ready to fight sexy/duplicitous with crazy/obsessive and watch the whole thing go up like a Dutch fireworks factory. Ahem. ARKANSAS.

Physical Characteristics: Smells irresistibly sexy. Currently behind you with a knife, garrote, or candlestick.

Positives: The ruling sign of anything that lives in a shell, meaning their hermitic ways lead to intense film study, a knack for preparation, and a focus on detail and execution.

Negatives: Often completely translucent from years of living without sunlight, and thus cannot accompany his team onto the field for fear of incineration. 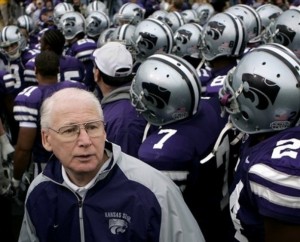 You must go on without me children, but I shall watch from my deprivation chamber.

Positives: The cardinal fire sign. Because what's scarier than a lion on fire? NOTHING, THAT'S FUCKING WHAT. Fierce leaders who can electrify a team into playing way over their head at any talent level, and often lions of the offensive side of the ball who like scoring points, raising a middle finger to the opposition, and stroking their mane in triumph.

Also, Leos are great at finding bathrooms in any building, no matter how bizarre the layout. (It's a gift. They don't question it.)

Negatives. Tend to believe they've achieved something before, after, during, and even without the validation of success, which pretty much covers the bases for Spurrier at any point in his career. (For South Carolina, see "without.")

Negatives: Difficulties with scoring or recruiting the "urban athlete."

Physical Characteristics: Fit, as someone with 10 plus children to feed should be.

Positives: Libra man is quite determined to have his way while avoiding the appearance of personal bias or involvement. If things don't go his way, you will suddenly discover a quite different man. Mack Brown's so happy to have you at the Texas football offices, and is so excited to see you. Would you like a glass of lemonade served in the skull of an AP voter who sent them to the Holiday Bowl one year? It's fresh! The lemonade, that is. We've had the skull for a few months now.

Negatives: Can be slow to act in the face of change, and perceived as shallow. Fortunately, Vince Young found a young Mack Brown, who took him from his stodgy roots in classical dance and showed him the wonders of love, hip-hop, and urban dance. Perhaps this is the plot from Save the Last Dance, but we're sure the film was based on their relationship. Angry outbursts can be shockingly intense:

Physical characteristics: Prone to sudden weight loss and gain; cursed with fiery hemorrhoids, or as Mack Brown calls them, "The Stoops Brothers."

Positives: As the eighth sign in the zodiac, Scorpio is associated with the astrological house number 8, which is precisely the exact number of months it takes for Dennis Erickson to take a new job and realize he is not, in fact, still coaching the 1988 Miami Hurricanes. It's a good eight months, though.

Negatives: Perpetually jealous, which is why he's taken every job in college coaching.

Positives. The arrow of this constellation points towards the star Antares, the 'heart of the scorpion'. This is also what Les Miles' calls both his kickass purple and yellow hybrid airboat/Chevy Malibu, and his prostate. Risk-takers, Sagittarians are the best men for the job when brains fail and the call for balls goes out.

Negatives: Tend to lose the rent money playing paper/rock/scissors with strange men on public buses due to lack of impulse control. Is going for it. What, you ask? It, whatever it is, no matter the field position. Believes in explosive football, i.e. the kind that can blow up in your face from time to time.

An introverted, feminine sign, the Capricorn is the beancounter of the coaching world, forever thinking at the margins. This is econospeak for "likes to punt," which though aggravating can be of some benefit in that you always know what you're getting: an overrated white linebacker, an offense designed to bludgeon with either the run game, boredom, or both, and an emphasis on nickel and diming every last bit of value out of the gameplan. You don't think a team can start to run clock in the middle of the first quarter? The coaching capricorn says:Watch me.

Negatives: Boooooooooooooooring with a capital HANG ME OH GOD PLEASE JUST STRIKE ME DOWN WITH DIVINE LIGHTNING ARRGHHHHH. Brings the same hammer to every fight.

Positives: Observes the game, as they do humanity, from a special climate-controlled bubble located 150 miles above the earth in orbit. Perceptive, analytical, often brilliant, and capable of great strategic innovation.

Negatives: The kind of person who would bite a baby to see if it was awake, they sometimes struggle to pass among the warm-blooded as normals. Prone to making baffling appearances on Youtube, terrible interviews for other jobs, and losing games to "boring, uncreative" teams that do things like "play defense."

Physical appearance: Aquarius coach is not concerned with your superficialities, and will wear this sweatshirt until its threadbare frame reveals too much of my flesh to be considered adequate clothing.

Positives: Pisces doesn't get so excited as to call anything "positive." Let's not be hasty here. All we'll do is run 10 plays 400 times each, and then we'll see what happens on the field.

Negatives: Pisces coach doesn't get so excited as to call anything "negative." It's an opportunity to practice, and then to go out on the field and try it again. Let's just everyone stay calm here, alright?

Physical appearance: Kinda short, but kinda tall. Sort of middling, and not too far off from average. A medium-pace walker, a moderately attractive guy, and sorta middle-aged looking, even if he's only 30.