Share All sharing options for: BRYCE BROWN DECLARES FOR UNIVERSITY OF PHOENIX

Uber-recruit Bryce Brown stunned the college football world today in announcing his intent to attend the University of Phoenix, hoping to become the first player to ever reach the NFL while playing for a virtual university without a football team.

Brown made the announcement surrounded by his family, friends, advisor Brian Butler, and University of Phoenix founder John Sperling.

"I can't tell you how excited I am to play for the University of Phoenix, where I can get as much of an education as I don't want, and continue to do my thing on the football field in exactly the manner I choose to. I'm logging on: I am a Phoenix." 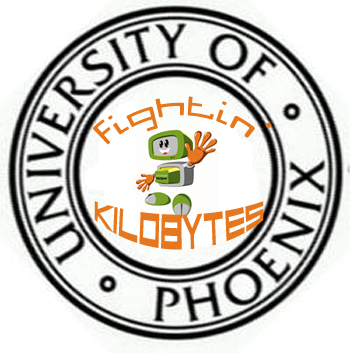 Brown will be paid 1.3 million dollars a year to attend the University of Phoenix for three years until he is ready to make the leap to the NFL. When asked how this arrangement would not be in stark violation of the terms of amateur competition agreement, Brian Butler--the controversial svengali to Brown and his former high school coach--leapt in to address the doubts about the propriety of the deal.

Bryce isn't exactly 'a strong reader,' and he's only interested in playing football in college because he has to go there to get to the game. Rather than bother with all that, he's going to work out, take some bullshit online classes, and keep himself healthy and ready to go for draft."

"He's the only top prospect who I guarantee won't be injured in college, won't fail out academically, and who won't have to worry about a coach lying to him about where he is on the depth chart. Oh, and he's not going to have to worry about taking money under the counter, because my boy is GETTING PIZZ-AID."

Brown then exchanged numerous high-fives with Butler, his family, and with the octogenerian Sperling, who nearly fell backwards from the blow and had to be held up by assistants.

Mel Kiper has already projected Brown as a second round pick for the 2012 draft, and the announcement changed little in his estimation.

"It's a brilliant move. He's a change-maker. A field-flipper. A real factor back with size and moves. I know he may trip on the squat machine at L.A. Fitness and shred his knee and change everything, but as long as he can do eight tricks really well at the combine and fool an army of sub-retarded NFL scouts, I'm convinced he's going to be a great draft pick, and possibly a football player after that."

As for his academic career, Brown plans on studying "Asian shit."

"I love Jet Li, and kung-fu, and all that freaky anime they do. Sperling said I could get online credit pretty much doing whatever I want, so I'm gonna watch some schoolgirls get tackled by space octopuses with eight dicks."

Brown then noticed that Sperling had his hearing aid turned off. He leaned into the mikes of reporters and stage-whispered.

"No I'm not. I'm gonna sit around and watch Asian toon-poon and go to the gym for three years. It's awesome."