HE'S AS QUALIFIED AS ANYONE ELSE

Share All sharing options for: HE'S AS QUALIFIED AS ANYONE ELSE

Julio Jones, turbofreakbot wide receiver for Alabama who shone despite having to catch loopy, errant passes from the heartbreakingly beautiful John Parker Wilson this fall, has been elected to the Alabama Student Senate despite no being on the ballot, not campaigning a lick for the seat, and stating no interest in the seat prior to his election.

"He did not campaign, to my knowledge, as a write-in candidate, but he got write-in votes for every office and most senate seats," she said. 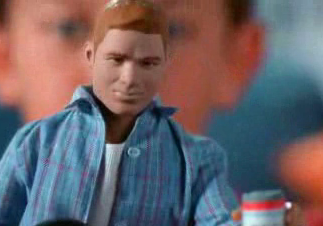 Given the rump parliament of retards, kiss-ass ninjas, fuckwits, slaglobed shitboxers, lizard people, and sluts who ran student government at Florida, we assume the Alabama Student Government must be populated with the same type of half-people who always seem to pop up for these things. Julio Jones is therefore more qualified than any of them since on the open market his pass-catching skills and exceptional athleticism will earn him tens of millions of dolllars at the least in the NFL. That's value, people, something you won't find in someone who gets really excited about sticking it to the Chess Club by cutting their budget.