Tuesday's article "Division I Coaches in the Top 40" mistakenly claimed that Whitney Houston's classic single "I Will Always Love You" was originally dedicated to Michigan State coach Mark Dantonio. The inspiration for the song was actually a torrid affair between Houston and Wisconsin's Bret Bielema in the late 1980s. We regret the error. 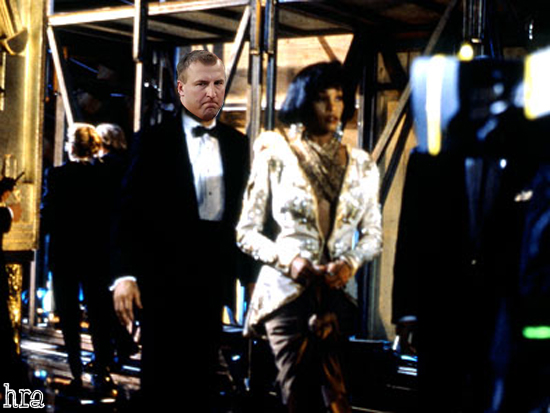 You know good and well we could have run this photo unaltered and no one would've known the difference.

"Dr. Manhattan is a glowing superhero who spends much of his screen time showing off his iridescent blue penis ..."

This did not refer to Dr. Manhattan or Watchmen, and was instead incorrectly cut and pasted from a review of Tim Brando's new off-Broadway one man show, "Brando: The Naked Truth." We regret the error.

Further research on the part of our editorial staff has revealed that the success of the Spiders was due in large part to the repeated and thorough deployment of actual spiders in all gadget plays. We regret the error.

This Sunday's Crossword featured a clue reading "a three-beat gait/Mark May's role on College Football Live?" The punny answer is "C-A-N-T-E-R." "C-U-N-T-E-R" is not a word or a horse gait, though it is a periodically accurate description of May's work on the ESPN show.

Our regular Monday feature The Week In Steve Spurrier's Catalog Of Neuroses contained a minor inaccuracy. We reported that the South Carolina head coach was the target of a weekend intervention, as family and friends grew concerned Spurrier was becoming withdrawn and distant and responsive only when speaking of his collection of antique teapots. Coach Spurrier collects tea towels. We regret the error.

On Monday, our Piece "Bodywork" included a piece entitled "The 700 Pound Deadlift: It's Not Just for Football Players." This should have read "...It's Just For Football Players." We regret the error, and apologize to Steve Slippert of Columbus, Ohio, who is recovering from his injuries at Ohio State University Hospital, and to Emily Garett, whose eye was put out by Slippert's expelled vertebrae on its flight from his back across the gym into Garett's eye socket. Hope the EDSBS t-shirts forestall any legal action on your part, and may every day be a Saturday for you!

Tuesday's report on Rich Brooks' most recent press conference contained an incomplete item. Our transcript detailed the explanation given by the Kentucky head coach for the dismissal of two wideouts last week ("And they fucking know why, the little bastards"), but neglected to mention that Brooks then stomped from the podium muttering about "those goddamn wasps". We regret the error. 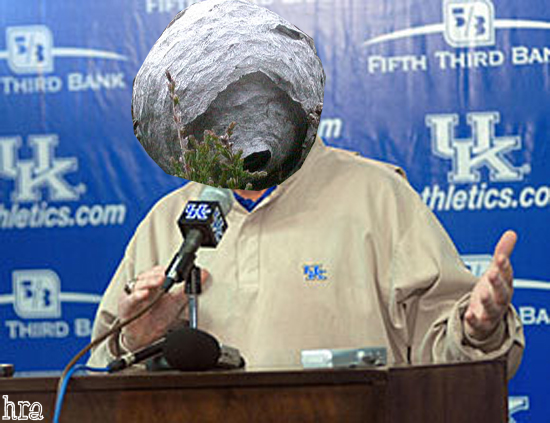 Thursday's "Can You Believe This?" piece on Tennessee's new DUI laws inaccurately stated the following:

A story Monday about the use of ignition interlock devices by people convicted of driving while intoxicated misstated which vehicles are covered by the existing state law. Any vehicle driven by the person required to use the device would have to have the device.

The revised legislation should now read:

A story Monday about the use of ignition interlock devices by people convicted of driving while intoxicated misstated which vehicles are covered by the existing state law. Any vehicle driven by the person required to use the device would have to have the device especially Johnny Majors, who needs one even for his commuter donkey.

On Wednesday we reported that several BYU players have been implicated in the beating of a female student who had expressed interest in trying out for an open kicker spot on the Cougars' scout team. The victim, Shelley Morrow, 19, was attacked after vocalizing her desire for a fulfilling career outside the home, but at no time mentioned football. She was treated for a broken collarbone and bruises. We regret the error.

On Friday, The Police Blotter listed a murder suspect as resembling the following:

5'10" Duck wearing green and yellow, bent on slashing and shooting his way through all he sees until he slays whichever dies first: humanity, or his bloodlust."

The Duck is actually 5'8". He remains armed and extremely dangerous, and may be behind you right now. 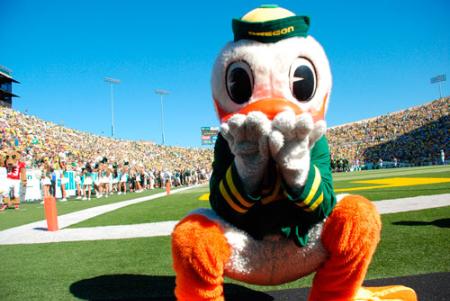 The suspect seen here devouring a victim's liver in a police image.