On Tuesday we reported that firefighters had to be summoned to Dollywood to extract Lane Kiffin from the Waltzing Swinger ride, where his foot had become entangled in a chain. The child retrieved from the swings was 8-year-old Charlie Moore of Sevierville, and no rescue workers were involved. The fire crew in question actually extricated Kiffin from a slide in the Cascade Pool at nearby Dolly's Splash Country, where his arm had gotten stuck in a drain. He was treated at a nearby hospital for superficial injuries and released. We regret the error. 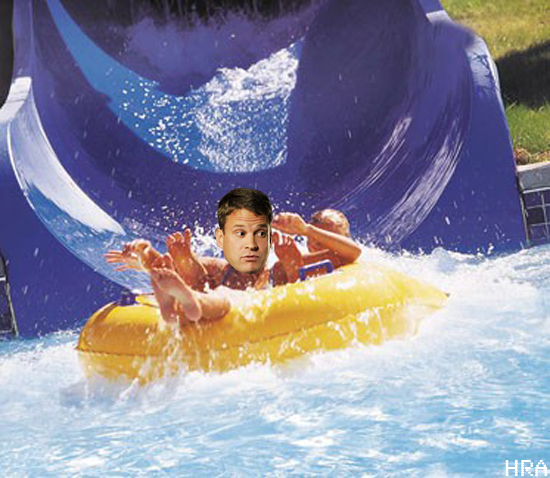 In Thursday's in-depth piece on Clemson head coach Dabo Swinney's ongoing struggle with dissociative identity disorder, we reported that Swinney's alter ego, "Trent," murdered two prostitutes in Thailand in the summer of 2003. However, this information was erroneous: Swinney himself murdered the prostitutes, while Trent has maintained a loving 15-year marriage with Swinney's wife, Kathleen, and raised the family's three young sons. Trent was also the coach during Clemson's 13-3 win over Virginia in November. We apologize to both Swinney and Trent, and regret the error.

In an article last week on proposed rule changes regarding dead-ball fouls, we related an incident from the 2007 Florida-Kentucky game in which referee Penn Wagers was said to have ejected Kentucky running back Tony Dixon for using "unreasonable aggression and intimidation" in his stiff-arm of a Florida defender. According to official records, Dixon was never ejected from the game but was rather placed in "time-out" by Wagers until he was "ready to say he was sorry." Dixon did apologize and was allowed to return to the game in the fourth quarter. We regret the error.

This morning's Curious Index included an item that grossly misinterpreted the Waco Tribune-Herald headline "Lou Holtz to lead Notre Dame legends against Japan". This was poorly fact-checked, and the staffer responsible has been reprimanded. The actual enterprise Holtz is leading entails a football game against a Japanese football team, not a suicide mission intent on repaying leftover debts and personal vendettas from World War II. Holtz has released a statement through a spokesman saying he would be content either way, but Notre Dame athletic department officials announced soon after that the game will proceed as planned. We regret the error.

Wednesday's "Cookin' with the Kragthorpe" column contained a misprint. The recipe for Steve Kragthorpe's Gruyere and Scallion Frittata instructed readers to "gently whisk 6 eggs, tilting the bowl to aerate the eggs and make them light and fluffy"; Kragthorpe informs us that the step should've actually read "savagely beat 6 eggs in a metal bowl until they feel the pain I've felt for the past two years." We regret the error, and hope that nobody's breakfast was ruined.

Monday's Mike Patrick Bizarre Disaster Roundup reported that the ESPN personality was discovered near death in his home by College Football Primetime colleague Holly Rowe after being nearly suffocated under a toppled ceiling-high stack of Cat Fancy magazines. It was Patrick's on-air partner Todd Blackledge who found him and alerted the authorities. We regret the error. 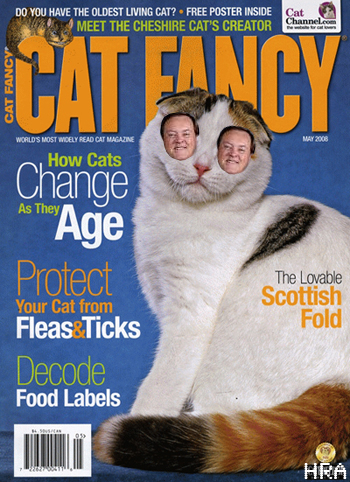 In an article on the abrupt departure of defensive lineman Kellen Heard from the Texas A&M football program, one of our columnists referred to Heard as being "fatter and uglier than a C-130 cargo plane." The airplane's manufacturer, Lockheed Martin, objected to this description, informing us that the C-130's fuselage width of 14 feet 3 inches is still several inches wider than Heard, further pointing out that "the C-130 family has more than 50 years of service to air forces around the globe in defense of freedom and democracy, and has never, to the best of our knowledge, been involved in any egregious late hits on freshman quarterbacks." We apologize to the Lockheed Martin Corporation for the mischaracterization of their fine product.

Our "Before They Were Coaches" feature on Tuesday incorrectly identified Florida defensive coordinator Charlie Strong as "the 10th Wu-Tang" based on his appearance as a backup vocalist on Wu-Tang Clan's 1993 debut Enter the Wu-Tang (36 Chambers). Strong was never an "official" member of Wu-Tang but did release a pair of solo albums under the name Chuck Flex, one of which, Chuck Flex the Electric Sorcerer, was produced by Wu-Tang founder RZA. We apologize for the error and extend our thanks to RZA and the University of Florida Athletic Department for the clarification.

Yesterday we reported that University of Georgia athletic director Damon Evans will not permit any Thursday games to be scheduled for the Bulldogs because he fears it will adversely affect the team's academic schedules. We have since learned that Evans is merely making a concession to provisions in Mark Richt's contract stating the coach will never be forced to miss Grey's Anatomy. We regret the error.

Thanks to Georgia's own Doug Gillett for filling in Swindle's share of this week's Corrections. He is not a dumb girl, but he might like some hatemail anyway.
And that'll do it for this week. Many thanks to master tipsters Dave and RCR, and to Freek for all the nightmare fuel. Fearless Leader Swindle returns Monday.