LET IT BE RESOLVED: IMPORTANT PROCLAMATIONS

Share All sharing options for: LET IT BE RESOLVED: IMPORTANT PROCLAMATIONS

Ohio Rep John Boehner, like most members of Congress, is actually a reptilian life form that feeds on the blood of old ladies and children and sleeps hanging upside down from the Anacostia Bridge when he's not wearing his people suit and passing very important legislation. 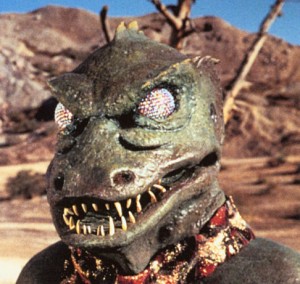 Why, just this past week he took valuable time out of his child-bleeding/cat-torturing schedule to propose this extremely important piece of legislation:

Congratulates Miami University, in Ohio, on its 200th anniversary.

Expresses the House of Representatives' best wishes for its continued success.

Recognizes the school's profound achievements, unwavering commitment to liberal arts education, and active engagement of its students in both curricular and co-curricular life.

This leads us to the logical extension of this: what important recognition and proclamations are going unproposed in Congress regarding our beloved universities and their football programs?

Honors the fine work of Ed Orgeron as recruiting coordinator in just two months on the job.

Absolves the University of Tennessee from all Legal Responsibility for what occurs to those intruding on the grounds.

Forbids climbing, sport cycling, or use of ATVs on Mark Mangino without special permit.

Allows for limited strip mining on his southern flanks as determined by Bureau of Land Management estimates.

Requires the maintenance of a defibrillator near Al Groh at all times.

Requires that the defibrillator be used on Groh at least twice daily to stimulate a reaction to something, anything.

Recognizes the tragic death of Steve Sarkisian, former USC assistant who died earlier this year when he took the Washington head coaching job.

Simultaneously recognizes its failure to develop talent or NFL draft picks by ceremonially taking a hundred dollar bill and setting it on fire on the floor of the House of Representatives.

Formally adds the addendum ": Where Talent Goes To Die" to the end of all Congressional mentions of Florida State University.

Mimics the BCS's arrangement with Notre Dame by instantly sending the University a check for $12 million in federal funds for no reason in particular.

Does hereby honor the devotion of the Ohio State fanbase by setting fire to a dumpster and releasing no fewer than three cans of tear gas on the floor of the House.