On Thursday in the Curious Index, we included to the following quote: He is very socialized, very affectionate, said Barbara Burk. If he wanted to, he probably could kill me. He has never given me any reason to be worried, but I always have to think that possibility is there. This was quoted in reference to USC linebacker Brian Cushing, but instead refers to a 100 pound Siberian lynx named "Sasha." Brian Cushing is not socialized. We regret the error. 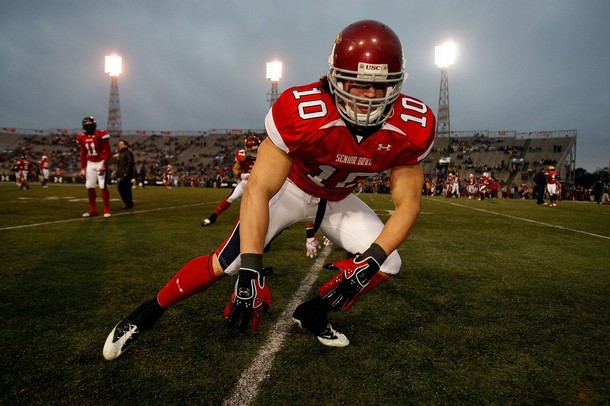 In Monday's Fulmer Cupdate, we reported that South Carolina quarterback Stephen Garcia spent last weekend in Columbia City Jail after attempting to rob an area bank while wearing a chicken suit. Garcia is actually being detained in Lexington County Jail. Tiny Floating Matthew McConaughey was unavailable for comment. We regret the error

Bret Bielema's new goatee was referred to on this website as "prison pussy" by commenter Oops Pow Surprise. While the opinions of our commenters do not necessarily reflect the opinions of this website, we would like to apologize for this comment, as it clearly crossed the line. From this point out, we will instead refer to it as "The Madison Fly Catcher."

This morning's "Today in Pac-10 Irreversible Facial Mutilations" contained an item suggesting that USC's Pete Carroll is sporting a fresh teardrop tattoo a a result of junior quarterback Mark Sanchez's decision to forgo his senior season for the draft. Coach Carroll was in fact given the tattoo after losing new offensive coordinator John Morton to a street gang in a dice game in east Los Angeles. Morton's whereabouts remain unknown. We regret the error.

In our "Mixin' It Up! Celebrity Edition," Chris Spielman's favorite cocktail was listed as a an "Old-Fashioned." This is incorrect: Spielman's favorite cocktail is a creation of his own making, "The 'Woody-Maker." The recipe follows: two parts Lee Labrada ProV60 Meal Replacement shake, two parts grain alcohol, one part Ephedra, one part kerosene, and then top off with ginger beer. Float with 151 Rum, and garnish with lit roadflare. Drink at room temperature without stirring. We regret the error.

Wednesday's "Recruiting Roundup" included a quote from a Tom Lemming report suggesting that "Notre Dame has not..." The words "not" nor any other negative words have ever appeared in the same sentence re: Notre Dame in a Tom Lemming report. Myron Rolle, currently in prison for human trafficking and shoe theft, wailed "If I'd only listened to you, I'd have been a Rhodes Scholar and future first round NFL draft pick!" We regret the error.

Friday's profile of Tennessee's returning starters contained a passage attributed to Eric Berry in which he compared himself to The Grapes of Wrath's Tom Joad. The player stating "Wherever there's suffering, I'll be there" was actually Jonathan Crompton, and he didn't mean it in a good way. Eric Berry identifies more with the Turtle, supplying the only memorable moments in a filthy plodding mess of enterprise. We regret the error.

Wednesday's analysis of the Big East recruiting power structure implied that Mountaineers head coach Bill Stewart is the Mothman, an apocryphal creature allegedly responsible for several terrible accidents in West Virginia's history, including the collapse of the Silver Bridge in 1967. EDSBS Labs scientists have since ruled out this possibility, explaining that the pain wreaked by Stewart is brought on more by inaction and incompetence than outright malice. 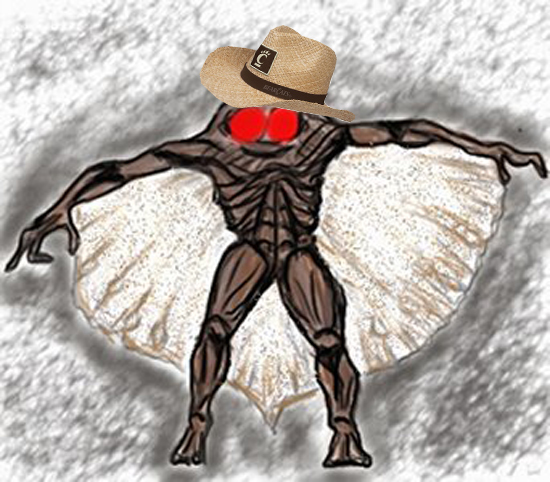 Brian Kelly is the Mothman. We regret the error.