Share All sharing options for: BUT WHERE WAS RAMGOD? 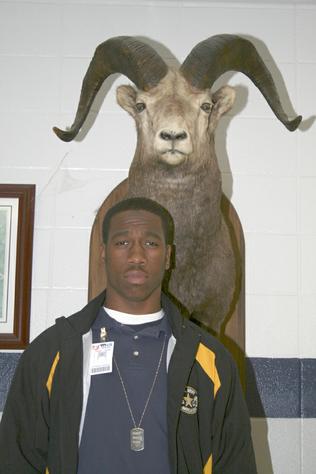 Rueben Randle, much-desired wide receiver recruit, received a personal tour of the Louisiana State capitol courtesy of LA Governor Bobby Jindal aide Timmy Teepell. (Remember: politics is one of those disciplines where one not only can, but should keep a nickname that would get your ass mocked to a painful death in any other community.) No word on whether Randle was accompanied by Ramgod, but his presence was likely unnecessary as Ramgod sees all Randle sees and knows all that he thinks. Hint: if you want to know where he's committing, ask Ramgod, Rivals and Scout types. He knows all.