Here to join us in our guest series of preseason top tens is evangelist and football fan Ted Haggard. Enjoy. 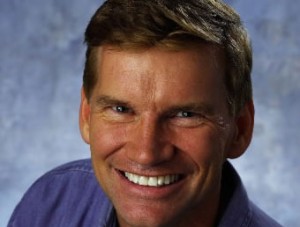 Thanks to all for having me here. You may not know that one of my passions outside of sharing the gift of the love of our Lord and Savior Jesus Christ is for college football, that most American of games. Orson has asked me to share my top five for 2009, and well I'm honored to do just that.

5. East Carolina Pirates. This year's wild-card breakout team in one of my favorite colors: purple. Who doesn't like pirates, with their habit of sneaking up on opponents from behind and overpowering them with their swords? I know I do. I'm a sucker for their mascot. Just look at that beard! 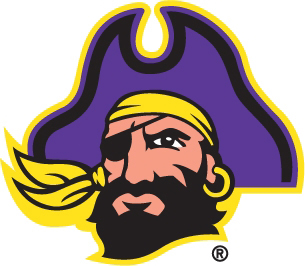 He almost seems to be beckoning you on to a score, doesn't he, with the saucy earring and cocksure grin surely beaming beneath that thick black man-muffler? I bet it smells like aftershave and heaven. I'll happily go raiding with these Pirates any day, though no one will be sneaking up on them this year (unless someone lets them!)

4. The Cal Bears. Nothing fights like a bear! Grrrrrr. Despite the immorality and sin surrounding them in the cesspool of the Bay area, I feel like this is the year Jahvid Best breaks out and lifts Cal into the burly, delicious hairy arms of success. Bears like honey, and by honey, I mean crystal meth. I mean: success.

3. USC Trojans. They never seem to break, no matter how much pressure gets put on them.

2. Florida Gators. It's great to see a man of God like Tim Tebow inspiring so many. He's so...thick...with the holy spirit! Also, their entire two-deep returns, and we'll go deep with that roster any time. Given the amount of talent they have. Yes. That is exactly what I meant to say.

1. The Texas Longhorns. Who doesn't love the Longhorns? And Colt McCoy, whose gotten so much more muscular over his three years at Texas that it's hard to wonder just what he does in that weight room? Maybe he squats a lot, letting his perfectly sculpted glutes do the work for him. Maybe he just does a lot of sprints, letting the sweat just pour off of his chiseled musculature as he runs the steps wearing only a pair of compression shorts. Whew! Whatever he does, it's working well enough for me to pick Texas at number one thanks to the weak defenses of the Big 12 and Will Muschamp, that excitable scamp of a defensive coordinator they have. Colt's my horse for the year, and my what a steed to ride for 2009!

Now if you'll excuse me, I have to go on a nine mile run.