Share All sharing options for: THE EDSBS INAUGURAL SPEECH, 2009 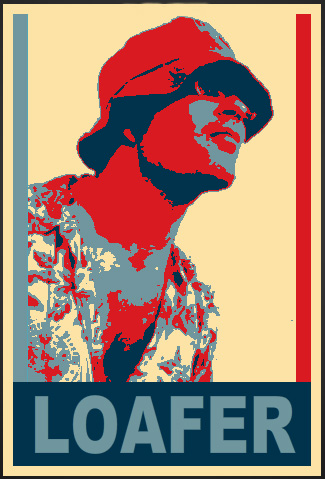 I stand here before you humbled by your choice as your college football meta-chronicler. Literally hundreds of you stand before me today. I will not forget your choice; nor will I remove the annoying Zwinky ads, because they get us that paper, son.

We stand on the edge of a great precipice: the offseason. We have have faced such travails before, and will face them again. Know that we will face them bravely, and that with the help of discounted Spanish wines, drank, online pornography, recruiting service reports, spring football, and endless previewing and re-previewing, we will survive...weakened, sunburned, and likely with five new addictions, but nevertheless intact and ready for the sweet, nourishing magic teat of football to be thrust in our mouths once more.

We promise the following things as we take hold of another offseason:

1. We will uphold the Fulmer Cup. We will not yield to the urge to change the name, nor slacken our eyes' fixed gaze on the point total, nor be held in thrall by the desire to be unfair to one team. As always, we shall be unfair to all and aggressively so. If this be our Old Testament, we shall play the smite-y god of this chapter with zeal.

2. We shall attempt to follow recruiting sort of maybe okay we'll gloss over it. Recruiting is creepy and will always be, but it is all we have in this tired hour, so let it be covered. Sort of. As in, we'll pay attention to the interesting bits about recruits with interesting names and flashy stats. Also, our top story is going to be whatever BARKEVIOUS MINGO is doing right now, which happens to be: dozing off in sixth period geography.

3. We swear to swear. We will invent and employ new profanities with fucking zeal and shitdamned enthusiasm. The key remains Rabelaisian, which is the frilly term for "obsessed with farting, fucking, and using words like fucking" It sounds better when you drop that at cocktail parties than saying "I run a website for the elegantly crude college football fan."

4. We will unabashedly remain uncommitted on both the BCS and playoff fronts, thus allowing us to stab in all directions. We don't really care about a clear champion in college football, mostly because we think the idea of being intellectually singular about almost anything at all is sort of peasant-y and tardbillified, and also because the idea of a playoff means you could have the Arizona Cardinals scenario where a middling team hits a hot streak at the end of a the season and steals a championship...all despite having an average season overall. Also, it allows for maximum stabbiness, and as long as Holly's on board, that remains part of the mission statement.

5. Nothing else changes. Pretty much. There may be a site redesign, and there's offseason projects a-plenty, but for the most part it will remain Freekery, profanity, actual stories embedded in the fourth paragraph of a mock dialogue between a sex offender Basilisk and a football-related personality, and the occasional thing so bizarre it frightens you a bit. We won't crack on stupid bloggers or writers for the most part because we believe in the words of P.J. O'Rourke: "Never fight an inanimate object." It's like beating a chaise lounge with a sledgehammer, repetitive and always eliciting the same reaction from the furniture.

Let us remember the words of Cthulhu bless you, and may Cthulhu bless the United States of EDSBS, and postpone our inevitable destruction by his thousand eyed tentacles for another day. (It's either him or Orgeron, and it's inevitable either way.)

And now, for our invocation, brought to you by Rick Warren.

[/hits Rick Warren in the face with the flat side of a fucking shovel.]