Boy, it was nice to have those three seconds of reflection on the 2008 season. Now, on to other things. Babies being born with terrible names. Nebraska players already breaking out the medicine balls and getting into offseason training. (Nice form on a 225 pound front squat there, young Jonathon Stantin.) Imaginary IM convos between Erin Andrews, Tim Tebow, and Sam Bradford. (With cameo by Rey Maualuga, of course.) All of the important things that will keep you afloat for the next eight months COLLAPSES WEEPING INTO A PILE OF OLD PHIL
STEELE MAGAZINES. 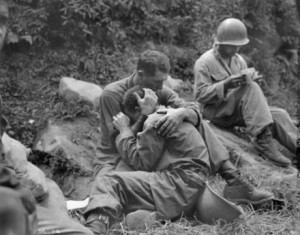 In the midst of much player shuffling and reshuffling re: the draft, one player has made a clear decision to stay: Jacksonville State quarterback Ryan Perrilloux, who elected to spend another year in college after being informed he was not going to be selected in the first three rounds. We wish the Sixty Million dollar man all the luck in the world in the next year conquering the Ohio Valley Conference, and making the draft next year as an FCS qb. (May we suggest changing your last name to "Flacco?" NFL scouts seem to think talent is transmitted entirely on a genetic basis, so this might work better than you think.