Share All sharing options for: ORANGE BOWL WATCHED BY TENS OF PEOPLE

The Orange Bowl drew the lowest ratings ever for a BCS game, proving that even Jim Grobe facing Bobby Petrino--known for eating cold baby salad on the sideline during games--presents a more charismatic matchup than anything involving Frank Beamer and Brian Kelly. The game pulled a 6.1 share, which means nothing if you're not familiar with ratings. 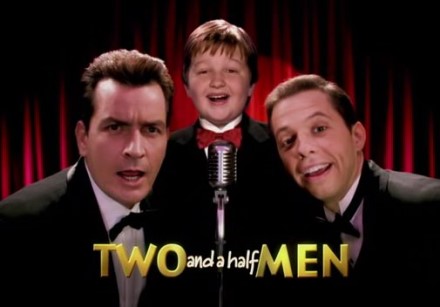 Do you watch this show? Please turn yourself in for "voluntary retirement" immediately.

For some illuminating contrast, the Rose Bowl pulled a 12.6 even with an assured Penn State slaughter on the menu. For an even more illuminating and possibly life-altering contrast, consider the contrast with these television ratings, which show that more people watched your average episode of Two and a Half Men than took time out of their week to watch Cincy/Va. Tech. Also: if you were wondering the exact portion of the United States population who might serve the populace better as labor animals, meat, or as batteries to fuel the supercomputers of tomorrow...that number has been recalculated to mean exactly 12 percent of the television viewing audience.