A NOTE OF CONDEMNATION TO THE SUN BOWL, PLEASE

Share All sharing options for: A NOTE OF CONDEMNATION TO THE SUN BOWL, PLEASE

As we are most years, we sit shocked at how good most of the bowls have been. They don't have to be; on odds, we'd bet that most teams relegated to meaningless exhibition would take what we regard to be the logical path of least resistance for 18-22 year old men doing things for vague, poorly defined reasons, which would be slacking off, drinking, and mumming through their assigned task with something less than rigor. 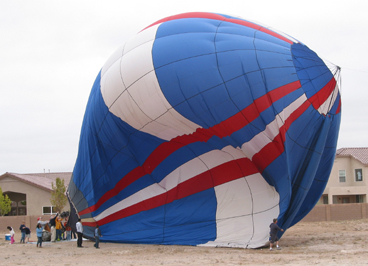 This is the second image result for "Sun Bowl Pitt." Harumph.

This only seems to have been the case in one bowl game thus far, an execrable exercise in football called the Sun Bowl. The Sun Bowl takes place in El Paso, Texas, and this may explain it as the dystopian Disneyworld of Juarez, Mexico is but a trot across a body-filled gutter away. Only a night of smoking Mexican Crunk Broccoli and guzzling paint thinner with the locals would explain how, oh how Pittsburgh and Oregon State managed to show up for four quarters and score exactly one field goal for a whole fucking game.

Oregon State had excuses, sure: the loss of the Rodgers brothers to injury was a substantial one, while the wind--blowing in hellgusts at up to 40 miles an hour during the first half--made even Lyle Moevao's one-speed passing difficult. (Lyle Moevao only throws one kind of ball: directly through your chest, even on screens.) They had reasons, and at least apologized by scoring.

Pitt, slyly sliding in the door in the clothes of a competent team, immediately disrobed and revealed themselves to be a team coached by that Dave Wannstedt: the one who lets his offensive coordinator call passes on 4th and 1 with LeSean McCoy in the backfield, the one who sits with his hands on his hips and wrinkles his upper lip in theatrical bafflement, the one whose game management has passed unimproved and unimpeded through the ranks of the NFL and now college football for over fifteen years as a head coach. If you'd like to go blind, please see Bill Stull's line: 7/24, 54 yards, and one INT. The box score is a fucking desert. Go ahead and look at it. We dare you. Vomit does not come out of computer keyboards easily.

It was agony, and when Verne Lundquist and Gary Danielson said things like "Well, Pitt's going for it here," we know what they really meant. "Please, death. Swing your sweet scythe through our willing flesh before we see the end of this game. Screw you, Sun Bowl, for even existing this year. Next year, just stage a shot contest between the coaches and a donkey show for the remaining two hours of the broadcast. Repellent as that would be--especially if Dennis Erickson's ASU team goes--watching Pitt lob 30 yard fades into gale-force winds was far, far worse.