KHALIL EL-AMIN...OR SHALL WE JUST CALL YOU BY YOUR REAL NAME?

Share All sharing options for: KHALIL EL-AMIN...OR SHALL WE JUST CALL YOU BY YOUR REAL NAME?

Football is so easy for Tim Tebow he has played the entire season under a different name for Cincinnati on the offensive line: 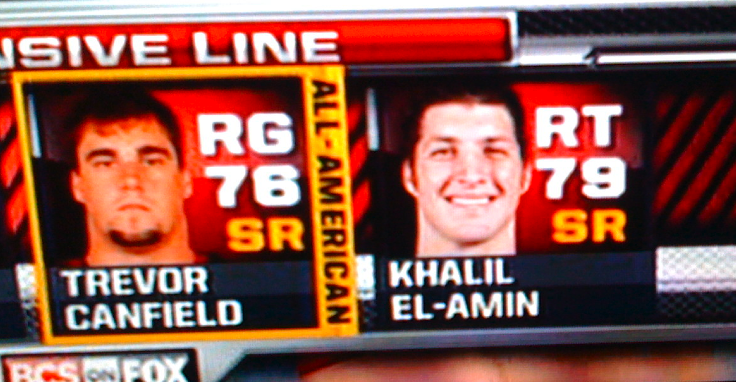 (HT: Kevin and William.) This is most likely some giggle-worthy prankdom by Fox staffers, though Samuel Huntington would say that this is actually the Muslim Tebow, and that the two must meet and clash to determine the path of the 21st century because, um...because he said so. Also, if Tebow has been playing offensive line for Cincy and qb for Florida, we know why: his undivided attention would result in a 12 men in the huddle penalty on every play even though there's only 11 men on the field. It's just a matter of necessity, really.