PAM WARD: GOD HELP THE BEAST IN HER

Share All sharing options for: PAM WARD: GOD HELP THE BEAST IN HER

"Ah, I remember that game. I watched that, probably on some barstool somewhere..."

SCENE: Tricky Jane's Bar, Tampa, Florida. PAM WARD sits on a barstool. Sarah McLachlan's "Adia" plays in the background. PAM smokes a cigarette to the butt, and stubs it out in an ashtray. 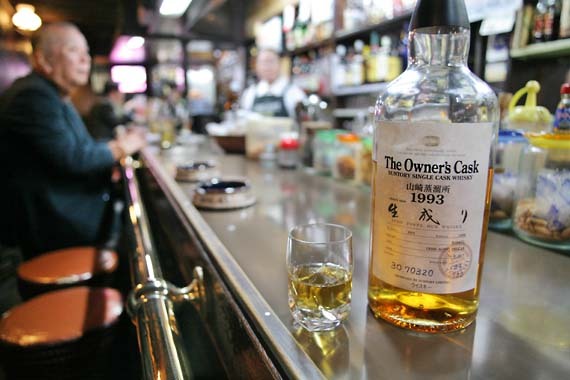 Barkeep: Some game we got here, eh?

Barkeep: Doesn't snow like that in Shreveport very often, does it?

Pam: Bring me another, Suze.

Barkeep: Your money's no good. I can't serve anyone eleven drinks in an hour.

Pam: I'm not just anyone. I'm gonna make play-by-play one day. I will. Just wait. I'll get out of this shithole sideline gig and call plays from the booth. I will.

Barkeep: Sure you will, Pam.

Pam: Her voice rises with anger. And not just the shitty 12 o'clock Big Ten games! I'm talking Ron Franklin's spot. I'll be there one day! I don't care how many bitches I have to kick in the honeypot to get there! I'll--

Pam stumbles back off her barstool, looks at table of women chatting and smoking idly.

Pam: What are YOU looking at, Virginia Slims? GET SOME!!!

BRAWLING BETTY rolls up her sleeves and gets up slowly from her table.

BB: Are we gonna have to settle this Houston-style, lady?

She pulls a switchblade from her pocket. It snaps open with an evil click.

Barkeep: Betty, leave that snake alone. You don't know what happens when it bites.

A SCENE OF UNIMAGINABLE VIOLENCE ENSUES. Brawlin' Betty falls to the floor, unconscious and with a switchblade stuck in her forehead.

Police sirens wail in the distance.

Barkeep: Take the back door. And don't ever come back here if you know what's good for you.

Pam Ward has since gone on to become just one of two female play-by-play announcers on ESPN. The beast in her lies in wait most nights now, though she did kill Ron Franklin with a stapler in 2004. His subsequent appearances have been made by an impersonator, and his body was ground into hamburger and fed to Chris Berman in one sitting at an ESPN function in the same year.