FOX runs down the swag you get in bowl games, and let us take this opportunity to state that the Poinsettia Bowl, much maligned though you may be for being sponsored by a Credit Union and sporting a poisonous plant as your emblem, thou dost swag well. TCU and Boise State players will each receive an iPod Touch as part of their loot for playing in the bowl, a far step up from the "complimentary bowl watch and goodie bag" most bowls COUGH COUGH NEWORLEANSBOWL COUGH offer their participants. 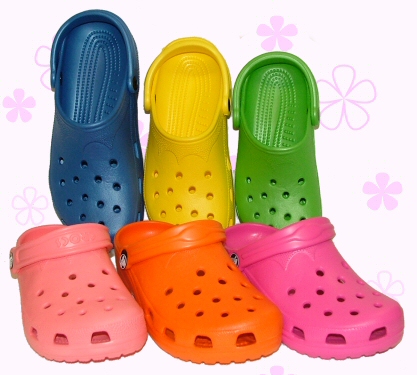 "I went to a bowl game, and all I got were pussy-repelling shoes."

(The "goodie bag" really peaked in the early nineties when all Miami teams participating in bowls received enormous velvet bags containing one Cuban hooker. But, digression.)

Other highlights of swag handed out at bowl games, some coming from the Fox report, and others coming from our own sources.

Vegas Bowl They get a Wii bundle, a shame because being completely gay, Nintendo's innovative gaming system will be of no use to BYU.

Gator Bowl Leave it up to the home of Limp Biskit to assume the youngsters would want Oakleys with an mp3 player built in, much less ones called "Split Thumps," a name we assumed referred to an injurious Olympic weightlifting move or a sexual maneuver of moderate difficulty. We've always wanted sunglasses with an mp3 player in them. Now if we can just get that the codpiece with a flash drive in it that we've always craved, we could die happily.

Insight Bowl Actually lists "snack pack." Unless this refers to pudding, FUCK YOU Insight Bowl. If it's pudding, though, we apologize, because pudding is a treat indeed.

Humanitarian Bowl Includes a "nail pack." This could refer to either a manicure kit or an actual sack of nails. One makes for an insulting commentary on the deplorable nail care of football players and young men in general; the other would make for the world's worst post-game barfight.

Sugar Bowl A Sony Blu-Ray DVD player just so you can watch your favorite videos in a standard nigh-indistinguishable from other DVDs that Sony just wants to you try please try it OMG WE PUT THEM IN ALL THE PS3s JUST BUY IT TO STOP THE BLEEDING BLU RAY BLU RAY BLU RAY. You don't even know what it is but it is awesome: trust us.

Fiesta Bowl The Fiesta commits the double offense of mentioning their "snack pack" and handing out something you can buy off SkyMall, the MyVu, a "personal media player" you wear like sunglasses. When both teams complete zero passes and forfeit the game due to a sudden outbreak of migraine headaches, blame the swag committee, who might as well have thrown in Alexander the Inventor's Gravity-Defying Shoes while they were raiding Delta's in-flight shopping crapfest for ideas.