WE BLAME POOR ASSIGNMENT FOOTBALL FOR THE DELAY.

Share All sharing options for: WE BLAME POOR ASSIGNMENT FOOTBALL FOR THE DELAY.

The hilarity of watching Robert Marve somehow miss a 6'7" defensive end and throw the ball directly to him would be excuse enough, but Miami gave up 472 yards rushing to Georgia Tech, and that struck us as extremely funny, and because we had Miami guests in, they thought it was the opposite of this, and thus needed beer...and that explains a somewhat glorious and late start this morning.

In apology, we give you the following image from the game: a Miami fan in a wheelchair with a dyed green beard and orange hair who, after we asked to take a picture, said "Hey, you want this? You like it?" 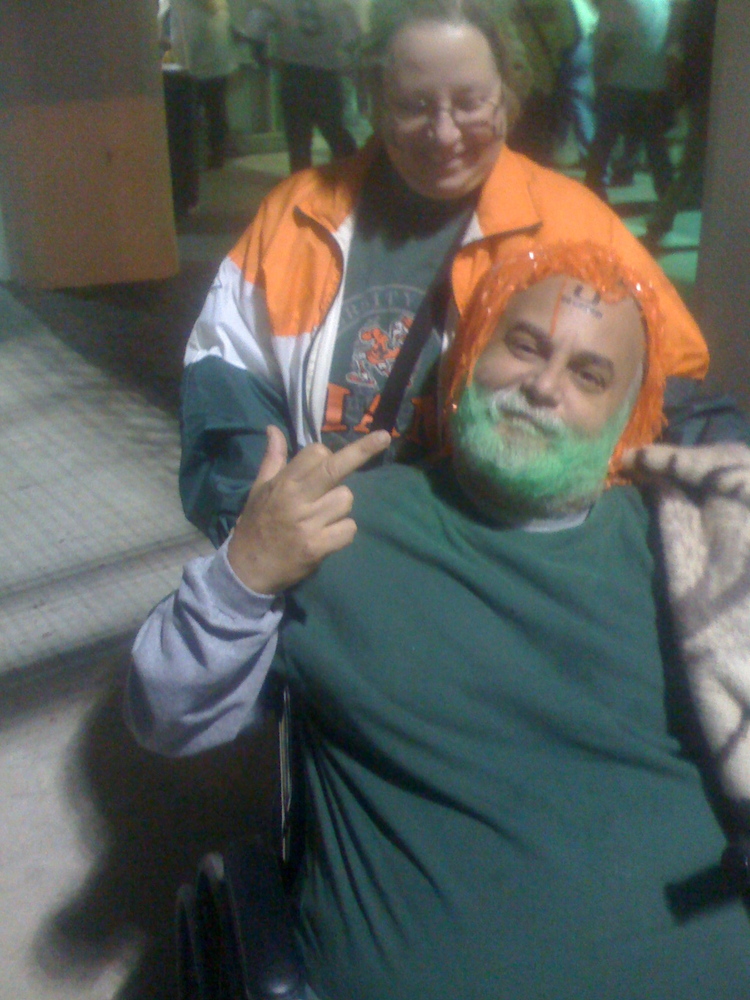