THE FRANCHIONE INTERVIEW: YES, HE CAN.

Share All sharing options for: THE FRANCHIONE INTERVIEW: YES, HE CAN.

Bob Krause, Kansas State AD: You know the shit we're going to get for firing a black coach?

Assistant: Sir, that may be the case. But I have a solution.

Bob Krause: Did people even realize Prince was black?

Assistant: Wait, he was black?

Bob Krause: Wait, was he?

Assistant: I thought he was Polynesian.

Bob Krause: Shit, I just thought he was tan.

Assistant: Like I said. Irrelevant now. I've got a minority candidate coming in momentarily that will knock your socks off. 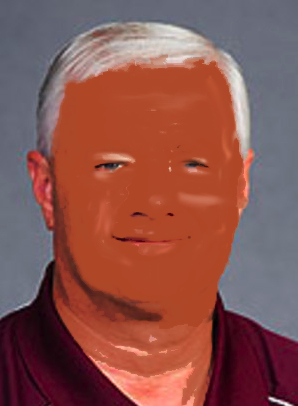 Dennis Franchione: Gentleman, can we succeed at Kansas State? YES WE CAN! YES WE CAN! Boys, let's take success hostage one win at a time!

Franchione, coughing and rolling on floor: AAAAHHHH!!! MY EYES!!! First the self-tanner, and now the pepper spray. BUT AREN'T YOU MOTIVATED?

Krause: Someone open a window, dammit.