THAT'S ONE WAY TO CELEBRATE A BIG VICTORY

Share All sharing options for: THAT'S ONE WAY TO CELEBRATE A BIG VICTORY 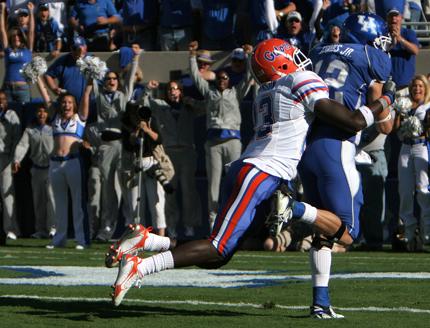 That actively on-fire db riding Dicky Lyons, Jr. into the endzone is Jacques Rickerson, a potentially talented but mistake-prone footballer who first lost a potential starting job this offseason, and now has likely lost his scholarship and barring a dismissal of charges his freedom after an arrest on the very explicit charge of "domestic battery by strangulation."

An arrest report stated Rickerson was at the woman's home and became upset when he was told to leave. Police said he hit the woman on the side of her face and choked her around the throat. When she screamed for help, he pushed her neck further into the mattress of the bed and used a pillow to cover her face.

It would be nice to equivocate here, really, but you hit girls and you go for good. Oh, and hey: Ronnie Wilson was arrested for assault, too! Urban Meyer, we dare you to prove us wrong and kick both off the team, if only to prove you're capable of doing even the bare minimum of common sense in terms of punishing player behavior.