Share All sharing options for: "WE CALL HIM KOOL-AID." 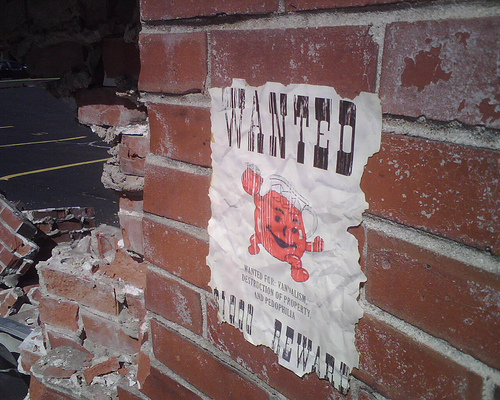 If you're looking for an offensive line to adopt as your official favorite crew of lovable, boulder-squatting goons for the year, look no further than Texas Tech, who has linemen nicknamed "Kool-Aid," "The Burrito Tower," and "The Terrorist."

Most of these names, btw, come via extremely quotable center Stephen Hamby. Hamby had this to say about the numerous arcane traditions of the Texas Aggie fanbase:

. "I don't have anything to say about the Corp. My brother-n-law was in it I think, and needless to say he wore a kilt to my sister's wedding.

Oh, those guys. If you'd only tried to explain it like that before, we could have saved ourselves all some serious confusion. They're the guys who, unbidden and uninvited, wear kilts to weddings and own eight copies of Braveheart on DVD just in case you lose one of them. Or seven.