Share All sharing options for: PHAN-TOMMY OF THE OPERA

A darkened stage. One spotlight illuminates the darkness. Tinkly piano music begins to waft up from the orchestra pit. 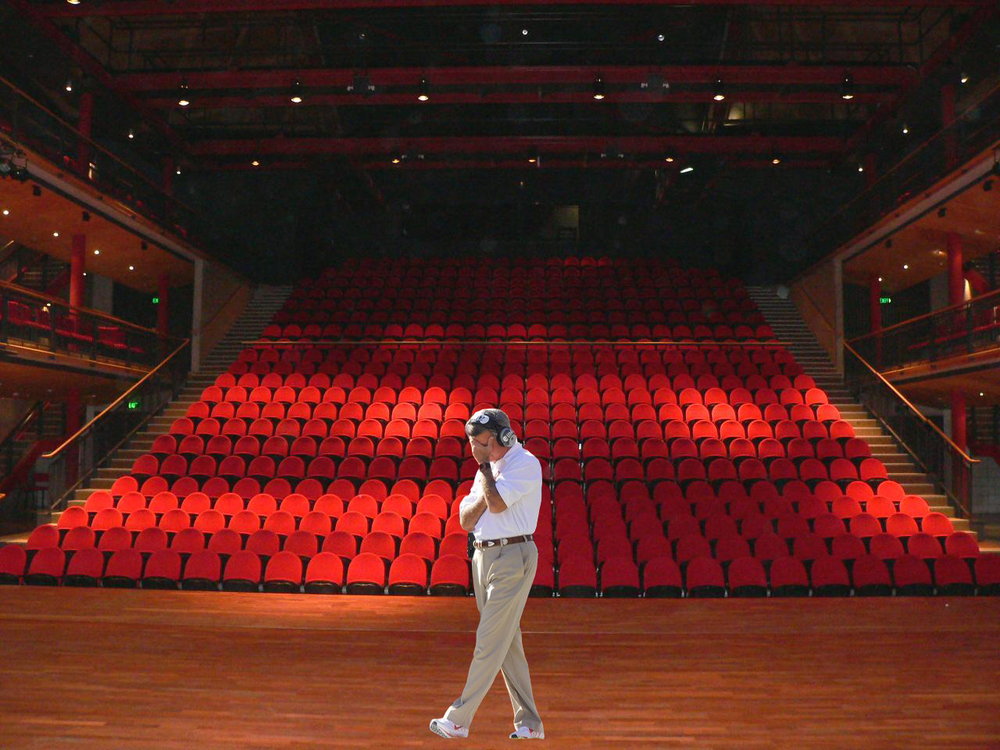 The sound of a needle coming off the record. Bowden looks around with a confused look on his face. From the back of the stage comes thundering guitar and a crowd of people surrounding a blonde-headed guitar god on a pile of skulls. 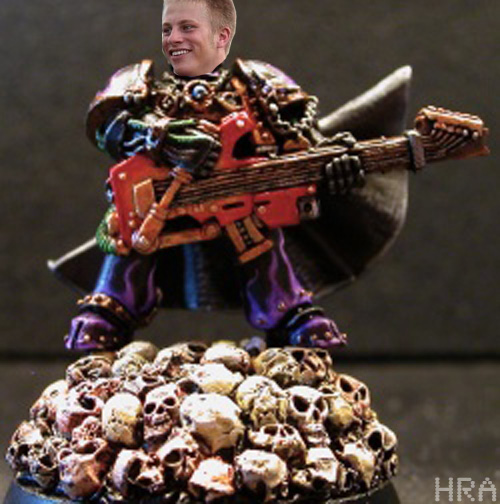 THE WILLY KORN MAFIA: YOU! STOP THERE!

Massive guitar riffs crash in. A soloist steps forward. He is THE ANGRY CLEMSON FAN.

ACF: You went to Atlanta, shit the-

ACF: Ralph Friedgen eats too much-- 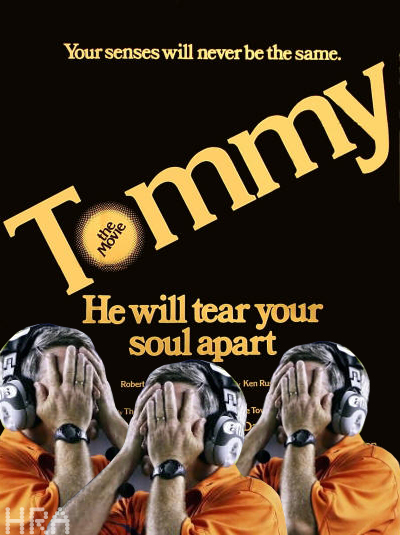 ACF: Picked for the title and you--

ACF: All that booster ass that you---

ACF: Don't matter now that you've made the

Bringin' it down one last time before the finale...piano... 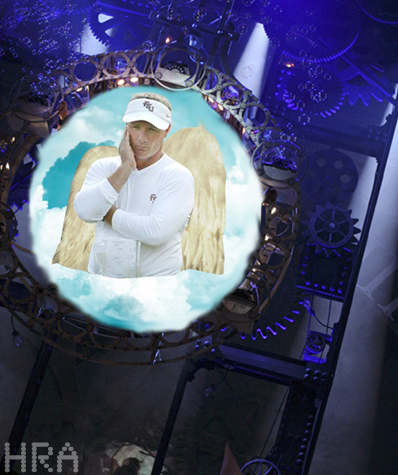 Up here it's peaceful
With nary a care,
Brother come join me
Up here in the air

In coaching heaven
There's no bloggers or press
No recruits to badger
No contracts, no stress

The back nine is waiting
The beer's always cold
Have you played this Wii thing?
It's awesome.

Seriously, you know, I always thought video games were just for kids, but since I don't have to work anymore I....

Tommy: But I promised recruits carries...

ACF: Tommy can you hear me hope you can 'cause you know you gotta--

Tommy: But I've got this pesky buyout and you'll--

Tommy: But the people--- 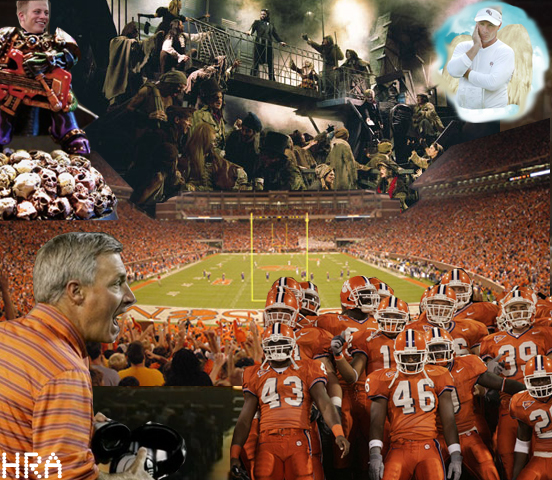 Do you hear the Tigers sing?
Singing a song of 8-5,
It is the music of a people
Whose team is in nose dive,

When your team is paralyzed
By your bitch mentality
Four million dollars to send you home
Is a paltry feeeeeee!!!

Will you hire Will Muschamp?
Will you just play want and see?
Beyond the Music City Bowl
Is there life in the ACC?

To fight
for the right
To play
In a bowl game someone wants to seeeeee?

WILL YOU JOIN IN OUR CRUSADE?
WHO WILL BE STRONG AND STAND WITH ME?
SOMEWHERE OUT THERE'S A COACH WHO'LL GIVE THE BACKS
THE CARRIES TO SUCCEED!!!

DO YOU HEAR THE PEOPLE SING?
C-L-E-M-S-O- (PAUSE) N!
WHATEVER HAPPENS PLEASE DON'T LET US
LOSE TO WAKE FOREST AGAIN!!!!

Tommy Bowden: Fuck all y'all.

Cullen Harper: You deserved it.