Ethnographic arguments are fun: Minnesotans are boring 364 days out of the year because they're all Scandinavians! (And one day out of the year they get drunk, burn down their houses and run into the woods crying!) New Yorkers are multi-ethnic, and therefore pains in the asses in every single way and ready to slaughter each other at the drop of a hat! Many Louisianans are descended from French settlers, and therefore have a taste for organ meats, are always late, and are huge fans of sex with multiple partners. 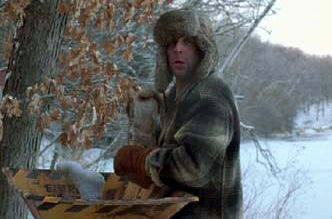 As this last sentence illustrates, every now and then ethnography might actually be a compelling explanation for a place's distinct milieu. More often than not, it's a crutch for hip-pocket analysis of the most windbaggish sort:

In that hierarchal society, the leader of men  the general in battle, the coach in football  is a more paramount figure. Nick Saban at Alabama is Stonewall Jackson, Steve Spurrier at South Carolina is Jeb Stuart. (Can't be any Robert E. Lee, because Bear Bryant took that with him to the grave.) So, you add the Celtic warrior ethic to the great leader concept and ... listen here, y'all got yourself one whale of a football team.

As much as we'd like to see Spurrier with an ostrich plume in his visor, the insistence of anyone above the Mason-Dixon that the reason Southerners--a uniform group with universal motivations, of course--do anything hearkens back to the Plantation economy and some kind of cracked, viral theory of culture is baffling and yet persistent. No real causation, no real data, just the fun kind of connect-the-dots-now-gimme-Ph.D stuff conveniently ignoring football's rampant popularity elsewhere in the Big 12 and Big Ten.

Now, if you'll excuse us, we have to finish up this julep and observe the progress on the back forty.