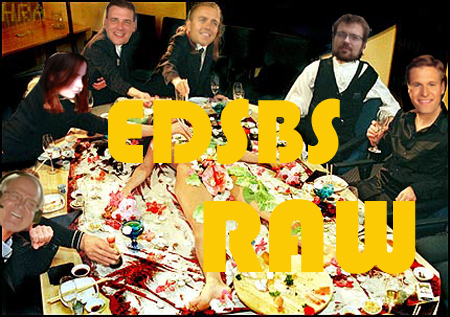 HOLLY, QUASI-RATIONAL: Can the glory that once was West Fuckin' Virginia beat anyone at all under Bill Stewart's Ovaltine regime? We're about to find out, since if any team qualifies as "anyone at all", it's the squad we watched FAILstomp themselves against UNC last month. Taking the Mountaineers, out of love and respek more than any hope of seeing competent football being played. Prove me wrong, Pitty Pat.

ORSON, RATIONAL. This is when you just lean back on the Pat White variable and assume that the early season stuttering of the offense was the result of new terminology and playbook aphasia. (Red rooster delta-3 what? Fuck it, man. I'm running.) Don't think of them like the Mountaineers of the past who blew up in thirty point angerpoints binges, but instead just relegate them to a kind of post-hip replacement Bo Jackson: still immensely talented, but diminished and with a vital part missing from their body replaced with inferior goods.

ORSON, QUASI-RATIONAL. Rationally speaking, this is the best team Duke will have faced yet, and loaded on defense with kinetic force merchants like Michael Johnson and Vance Walker. Also, this is Duke, and we may have tickets, and therefore fully expect that if we show up, the already substantial personnel advantage of Georgia Tech will be exacerbated by our massive cloud of negative-karmic-upset-seeking. Meaning: Duke's gone get gut-slit by the belly dive, son. It's a big game in the ACC, though! [/divesoffbuildingifI'mJohnSwofford.]

HOLLY, IRRATIONAL: There are few things more pleasing in this lifetime to watch than a joke that absolutely will not die, but one of them is a David Cutcliffe offense in the making. Duke's bowl-bound in year one. Write it down. 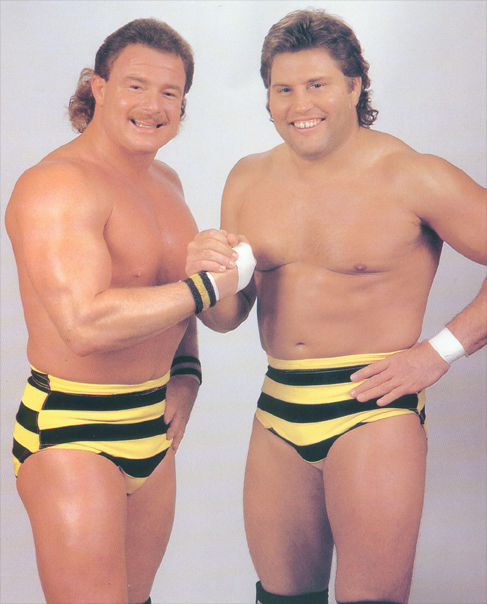 You shall not pass.

HOLLY, QUASI-RATIONAL: Oh, Baylor. Sam Bradford's O-line is comprised of very large men named Blade, Blazer, Laser, and Me'Shell, and now you've gone and made them angry. Big ups to the Big XII, whose luminaries have won and will win where they ought this season, including tomorrow. Your steady success and entertaining quarterback play are a balm to those of us watching our conferences eat their own tails.

Orson, IRRATIONAL. Baylor to cover, because you don't come into Waco and burn down their house! David Koresh jokes HEY-YAH! It's a 26.5 point spread, btw, and Baylor's got offensive talent. Plus they've already said they were going to win, and if The Secret is wrong about this "saying something will make it true" thing, then I'm going to stop wasting five minutes a day repeating the sentence "Merrill Hoge will be hit by a car driven by Vince Young's mother" over and over again.

ORSON, IRRATIONAL. Because Jim Harbaugh bows to no man, and that includes Golden Tate, dammit. Anthony Kimble, Stanford's RB, will get the Javon Ringer running back bonus from ND, and ND cannot respond in kind thanks to a one-sided offense (National rushing offense rank: 103rd.) Standford likes to blitz, meaning Jimmy and his new haircut will be hurting Saturday.

HOLLY, IRRATIONAL: Dear Harrison Smith and Golden Tate: When you're staring at the dismaying end of the scoreboard tomorrow afternoon, remember this: It's not too late to come home. Your country needs you. XO, Rocky Top.

HOLLY, IRRATIONAL: Ole Miss, and it's only fair. This is the modern-day sport of gladiators, and the people demand our favorite vacant-eyed lion. You bench Tiny Floating Matthew McConaughey, you reap the whirlwind, Steve-o.

ORSON, IRRATIONAL: South Carolina, because Ole Miss fans need to learn the whiplash duality of GIGGITYball: a huge upset followed by a limp performance against a team they should beat handily. Also, Spurrier continues to commit a crime against the universe by not starting Stephen Garcia, brah.

ORSON, IRRATIONAL: Buried beneath Lubbock is the final lost Crystal Skull of the Apocalypse, explaining why Mike Leach coaches there and what happens to teams who play there. Kansas State will spend the first half looking like they should win this game. Then, inexplicably, they will lose all momentum in the second half as Texas Tech rains Aztec bloodfire on them.

HOLLY, IRRATIONAL: In the face of another season of sackcloth skies and rains of frogs, we're left with little to depend on but Good Television. Mike Leach? Is Good Television. I don't care if your grandpappy founded K-State; you cannot possibly support an outcome that would disappoint this man: 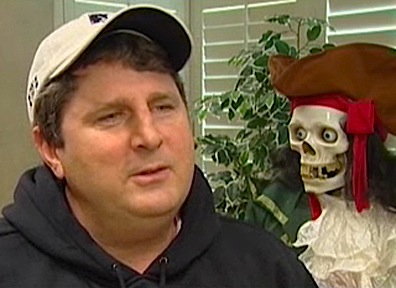 HOLLY, IRRATIONAL: The argument's being made in salons all over Austin that balancing the Longhorn offense so nimbly atop Colt McCoy isn't a tenable position in the longterm. That said, it's everyone else's job to stop them from doing it. No one's managed yet, and THE MAJESTIC BUFFALO will fare no better.

ORSON, QUASI-RATIONAL: Because Dan Hawkins dollaz do not buy you a bad game from Colt McCoy, who is our bankable quarterback of record over Chase Daniel, who though very, very good cannot run or save a small town from the menacing hands of a gang of banditos like Sherriff McCoy. Also, Cody Hawkins is Taylor Bennett with more red blood cells and blond hair.

ORSON, QUASI-RATIONAL: UNC, who pounded the ball on Miami and passed effectively, and also because they actually made a point of tightening their chinstraps this week after their helmets were flying all over the place against Miami. Cool points, no; head protection, si.

HOLLY, IRRATIONAL: UNC, but only if they ditch those atrocious dark blue pants.

HOLLY, IRRATIONAL: Here in the bottom of the SEC East well, there's not a lot in the way of entertainment. Anger has given way to delirium, and nothing at this point would please me more than to see Vandy come up big this season, because why the fuck not, we're all gonna die anyway. [cuts self to feel alive]

ORSON, IRRATIONAL: Vandy, because I'm riding this pony till the hooves fall off, and because if Vanderbilt somehow managed to move the ball for 14 points against Auburn, the squeaking Okie road wagon offense of Auburn is going to spit parts and catch fire trying to keep up with the pace. Gold, we is showing it.

ORSON, QUASI-RATIONAL: Missouri, because Nebraska allowed thirty points to Virginia Tech's offense. Other picks of similar rationale: Euro, because American currency is being used as dumpling wrappers by wealthy Chinese bankers; Tiger, because cows don't have armor or claws; AIDS, because it's undefeated; crafty Bristol-area snack machine over Jesse Palmer, who won't ever get that .75 back no matter how many times he presses the button.

HOLLY, IRRATIONAL: This will not be pretty. But our theme of the week, again, is Good Television, and that we'll have in spades. Release the scorpions.