IOWA FOOTBALL: JUXTAPOSITION IS EVERYTHING

Share All sharing options for: IOWA FOOTBALL: JUXTAPOSITION IS EVERYTHING

Iowa remains upbeat after a 3-2 start featuring losses to Northwestern and Pitt. (Only one other team has lost to both Pitt and Northwestern. Guess! It's fun!) The Daily Iowan might have made the best commentary of all on Iowa by running the chipper, optimistic piece with the following picture/headline combo: 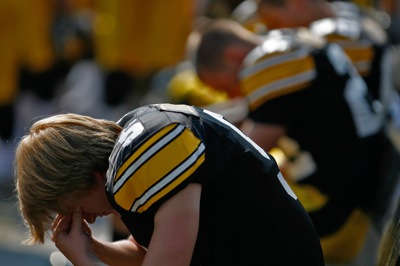 It's Downfall bad at this point. And who among us really wants to break Hitler's heart?