COACHING RUMOR! SPURRIER TO TENNESSEE! I'M NOT MAKING THIS UP!

Share All sharing options for: COACHING RUMOR! SPURRIER TO TENNESSEE! I'M NOT MAKING THIS UP!

OMG! Phil Fulmer is totally screwed at Tennessee, and Steve Spurrier is going to take his place! We're totally not just reaching deep within our bowels and making this up! It might happen according to specious sources we don't cite, and is based on lists of people who don't have jobs or who just lost jobs! Other rumors! 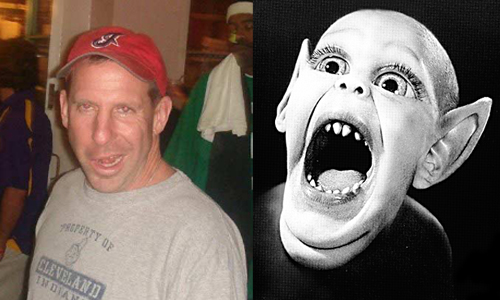 --You know who's buying all those Ukranian arms stolen by Somali pirates? BIG RED, THAT'S WHO!

--Brent Musberger is going to retire this year because he is old!

--Johnny Major's breath was NOT killing flies and highly flammable when he said this!

--Kirk Ferentz is going to quit Iowa and replace ODB on the Wu-Tang reunion tour!

--Lane Kiffin wants to return to the college game because Al Davis is a crazy Jewish Vampire!

--Urban Meyer secretly craves a life as a Disney IMAGINEER!!!

--Ty Willingham was caught shoving two-star recruits into Mt. St. Helens, because he "felt like destroying something beautiful!"

--Tom O'Brien is equipped with an overclocked pacemaker to keep his heart rate above 30 BPM! It doesn't always work!

--Mike Barwis interrogates live Wolverines in the basement of the Michigan training facilities and gets the answers he wants to hear...IN ENGLISH!!!

--Bobby Johnson of Vanderbilt had Uncle Sam Cereal this morning with bananas over it! It was acceptable!

--Dan Hawkins thinks the biggest threat to our country is our crippling dependence on foreign Nutella!

(All of these are more plausible than Spurrier to Knoxville.)